Nelson Mandela asked me to be in politics long ago: Priyanka Vadra

NEW DELHI: A day after two public calls for her to take over as the Congress chief, Priyanka Gandhi said Nelson Mandela long back had asked her to be in politics. 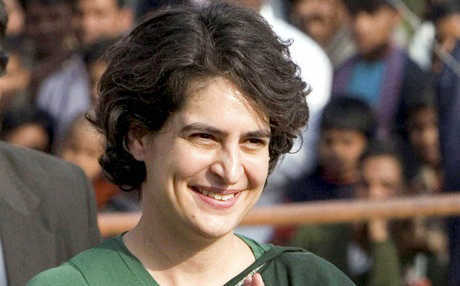 A day after two public calls for her to take over as the next Congress chief, Priyanka Gandhi Vadra on Thursday remembered Nelson Mandela saying he had asked her to be in politics long before anyone else did.

In what could be seen as a literal build-up of her case as brother Rahul Gandhi’s successor to the Congress throne, Priyanka used the occasion of “Uncle Mandela’s” birth anniversary to buttress her political credentials.

She tweeted, “The world misses men like Nelson Mandela more than ever today. His life was a testament to truth, love and freedom. To me, he was Uncle Nelson (who told me I ought to be in politics long before anyone else did!). He will always be my inspiration and my guide.”

Congress leaders Anil Shastri and Abhijit Mukerjee on Wednesday urged Priyanka to take over from her brother.