NAWANSHAHR: The former BSP MLA from Garhshankar, Shingara Ram Sahungra, has been arrested today by the Nawanshahr police for allegedly hurting the sentiments of Hindus. 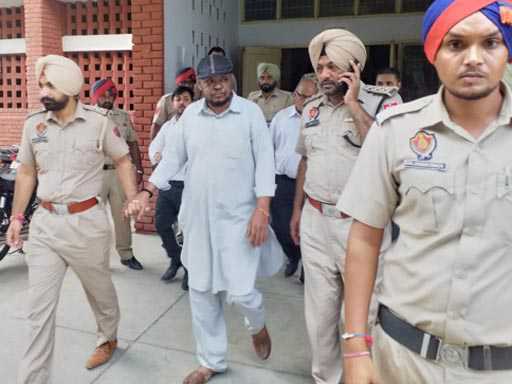 Former BSP MLA from Garhshanker, Shingara Ram Sahungra has been arrested today by the Nawanshahr police.

The former BSP MLA from Garhshankar, Shingara Ram Sahungra, has been arrested today by the Nawanshahr police for allegedly hurting the sentiments of Hindus.

The former MLA has been arrested after he was found making objectionable remark against Hindu deities while addressing a protest against the demolition of Ravidas Temple here at Chandigarh Chowk on August 12.

Representatives of various Hindu organisations had taken out a protest march and held a dharna in front of the SSP office on August 13 and submitted a complaint against him. — OC