BENGALURU:More than three weeks after he was sworn in as the Chief Minister of Karnataka, BS Yediyurappa today expanded his ministry by inducting 17 ministers into his Cabinet. 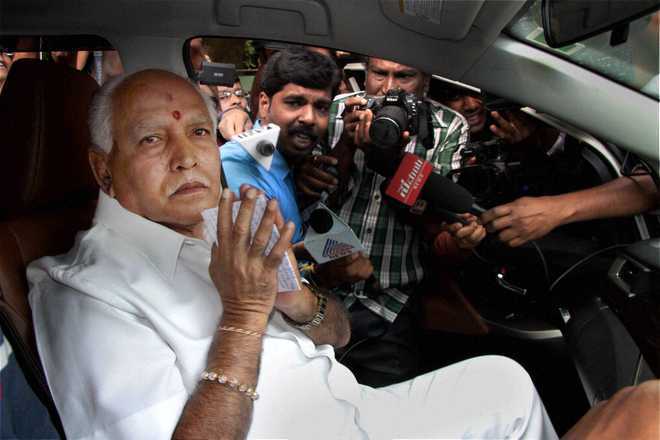 More than three weeks after he was sworn in as the Chief Minister of Karnataka, BS Yediyurappa today expanded his ministry by inducting 17 ministers into his Cabinet.

This is the first Cabinet expansion after he assumed office on July 26 and proved his government’s majority on the floor of the Assembly on July 29.

The CM had been running a “one-man cabinet” so far, that had come under severe criticism from the Opposition Congress and the JDS.

Among those inducted into the cabinet include 16 are from the BJP and Independent H Nagesh. The new ministers were administered the oath of office and secrecy by Governor Vajubhai Vala at the Raj Bhavan here.

They include former Chief Minister Jagadish Shettar, former deputy CMs KS Eshwarappa and R Ashoka, Independent MLA H Nagesh and Laxman Sangappa Savadi, who is not a member of the Assembly or the Council and MLC Kota Srinivas Poojari.

Among those inducted into the cabinet on Tuesday, four of them—Ashwath Narayan, Prabhu Chavan, Madhuswamy and Shashikala Jolle — have become ministers for the first time. Lingayats, a dominant community to which Yediyurappa belongs, has got the lion’s share in this expansion, with seven from the community inducted into cabinet. — PTI