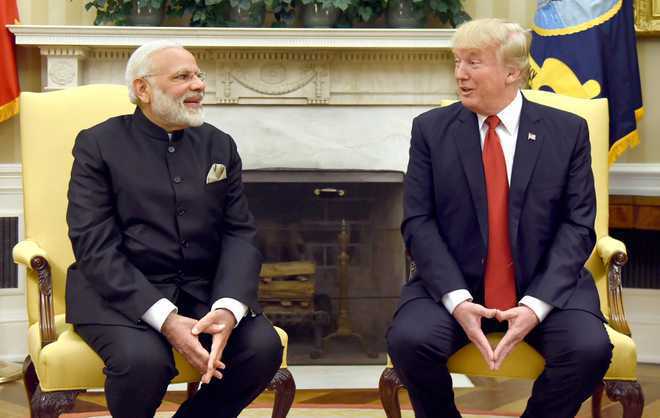 Good diplomacy is extreme flexibility. Prime Minister Narendra Modi, after smarting from US President Donald Trump’s offer of mediation, took a big step forward by talking to the White House. This was his first interaction with Trump after the abrogation of Article 370. China’s move at the United Nation’s Security Council last Friday had cornered India. After over 50 years, the two countries that had carved up a disputed territory were using the United Nations forum to embarrass India over an internal legislative and administrative measure. The new status of Jammu and Kashmir does not alter the Line of Control or the Line of Actual Control, yet Pakistan and China have decided to internationalise it, virtually making a claim for Pakistan as a spokesperson for J&K, simply because of the state’s religious composition. The United Kingdom still has not officially denied the allegation that it had helped China call for the UN consultative meeting.

It was in this context that Modi spoke to Trump about ‘the extreme rhetoric and incitement to anti-India violence’ being done by Pakistan Prime Minister Imran Khan, who has been labelling India ‘fascist and racist’ and using terms like ‘ethnic cleansing, genocide and Nazi ideology’. In fact, this sort of incitement is the prime reason for the lockdown in J&K. Soon after talking to Modi, Trump asked Khan to moderate the rhetoric. And tweeted later: ‘A tough situation, but good conversations!’ For a change, it sounded truly Presidential and has the potential to normalise the situation.

This crisis is an opportunity for India to have a relook at the way it has been conducting business and diplomacy. After India’s liberalisation we had thrown open our economy for foreign companies — private and state-run — to make billions, without getting any R&D or manufacturing facilities in return. Now, a beneficiary nation has dragged us to the UNSC for repealing our own laws through Parliament — democratically. India needs to leverage its domestic market and external buying power to safeguard its national interests. A closed-door, consultative meeting of the UNSC does not cause irreparable damage if it ends with just that. But it has definitely dented our relationship with China.