NEW DELHI:The counsel for Ram Lalla on Tuesday cited testimony of Muslim witnesses to claim right over his birthplace and asserted that Babri Masjid was built at a site where a huge temple of Lord Ram existed. 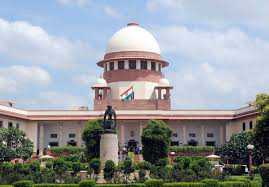 The counsel for Ram Lalla on Tuesday cited testimony of Muslim witnesses to claim right over his birthplace and asserted that Babri Masjid was built at a site where a huge temple of Lord Ram existed.

On day 8 of the hearing before a Constitution Bench led by Chief Justice of India Ranjan Gogoi, senior advocate CS Vaidyanathan said the Archaeological Survey of India’s report supported that a huge temple was there at the disputed site and there was nothing to dispute the credibility of the report.

Hindu and Muslim witnesses have testified that it has been a sacred place for Hindus who embarked on pilgrimage to the Janm Sthan, Vaidyanatham told the Bench which is hearing cross-appeals against the 2010 order of the Allahabad High Court dividing the disputed land equally between Ram Lalla, Nirmohi Akhara and Sunni Wakf Board. — TNS