NEW DELHI:Shifting focus on Left-wing extremism, Union Home Minister Amit Shah has called a meeting of Chief Ministers of 10 Naxal-affected states on August 26 to hold a daylong deliberation on issues related to security and development in violence-hit areas. 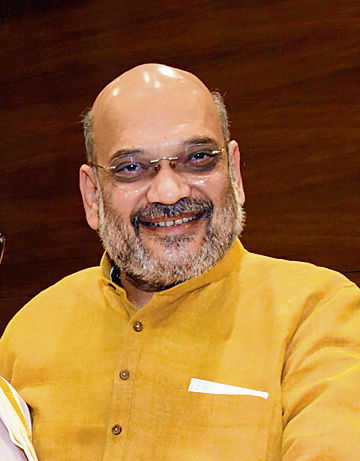 Shifting focus on Left-wing extremism, Union Home Minister Amit Shah has called a meeting of Chief Ministers of 10 Naxal-affected states on August 26 to hold a daylong deliberation on issues related to security and development in violence-hit areas.

The Home Minister, as per the meeting notice sent to all concerned, a copy of which is with The Tribune, will meet the Chief Ministers of Andhra Pradesh, Bihar, Chhattisgarh, Jharkhand, Madhya Pradesh, Maharashtra, Odisha, Telangana, Uttar Pradesh and West Bengal.

Besides the Chief Ministers, a host of Central ministers, including that of Finance, Road Transport and Highways, Rural Development, Telecom & IT and Tribal Affairs, will participate in the deliberations, where “specific-developmental targets” in 35 of 105 worst-hit districts will be reviewed, officials in the MHA said. — TNS