BASEL:B Sai Praneeth ended India’s 36-year wait for a medal in the men’s section of the BWF World Championships by sealing his place in the semifinals of the prestigious event, thereby assuring himself a bronze medal. 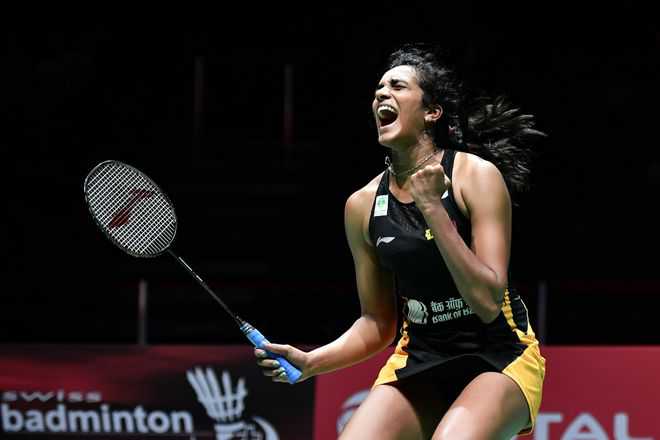 B Sai Praneeth ended India’s 36-year wait for a medal in the men’s section of the BWF World Championships by sealing his place in the semifinals of the prestigious event, thereby assuring himself a bronze medal.

Praneeth stunned world No. 4 Jonatan Christie of Indonesia 24-22 21-14 in the quarterfinals.

Prakash Padukone was the first  — and last — Indian to win a men’s singles medal — a bronze — in the 1983 World Championships.

Praneeth’s triumph came little after PV Sindhu assured herself of fifth World Championships medal as she rallied to beat world No. 2 Tai Tzu Ying of Chinese Taipei 12-21 23-21 21-19 for a place in the semifinals, thus keeping alive her hopes of a third straight appearance in the Worlds final.

Tai Tzu had a 10-4 record against Sindhu coming into this match, but Sindhu had won in their last meeting in 2018. Tai Tzu opened up a 7-point lead and from then on peppered Sindhu with back-to-back smashes. A brilliant rally saw Tai Tzu maintain her dominance and win the first game 21-12 as Sindhu had no answer to her returns. The Indian started strongly in the second game, winning her first point with a smash. Tai Tzu fought back to take a 5-3 lead before Sindhu levelled the score at 8-8 and then led 11-9 at the break.

It was a see-saw battle after the breather as both Sindhu and Tai Tzu refused to budge. It was even at 21-21 before Sindhu showed composure and skill to win the game 23-21 to stay afloat.

World No. 19 Praneeth breezed past Christie 24-22 21-14 in 51 minutes to progress to the semifinals. Christie earned the first point of the match but after taking a 4-2 lead, he frittered the advantage as Praneeth started to take charge of the proceedings. Praneeth went into the break with a slender 11-10 lead and looked more dangerous after the breather to win a close game. In the second game, Praneeth went into the break with a massive 11-3 advantage as Christie kept gifting him with easy points.

After the break, Christie tried to make a comeback but Praneeth held on with a flurry of smashes to close the deal in his second match point.

In the semifinals, Praneeth will be up against defending champion and world No. 1 Kento Momota of Japan. — Agencies

15Times Tai Tzu and Sindhu have played now, with the former now enjoying a 10-5 record against the Indian despite today's loss. But the Hyderabadi had won their last contest in 2018