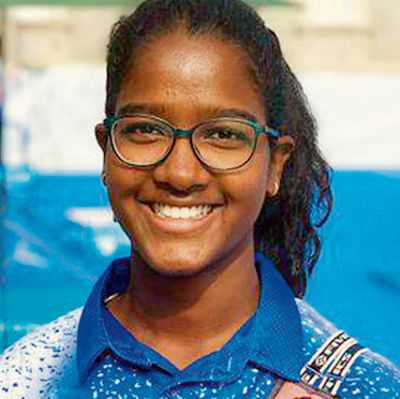 Komalika Bari defeated higher-ranked Sonoda Waka of Japan in a one-sided final to become the recurve cadet world champion and, earning India’s second gold on the final day of the World Archery Youth Championships. Jamshedpur-born Komalika, a cadet of Tata Archery Academy, cruised to a 4-0 lead before wrapping it up 7-3.

India concluded their campaign with two gold and one bronze in their last event before the Indian national association’s suspension by the sport’s global governing body, World Archery, comes into effect. Henceforth, no Indian archer will be able to represent the country till the suspension is lifted.

Komalika made her senior debut this year and was a member of the World Championships team in the Netherlands in June.

The only blip was an eight in the fourth set as the Japanese pulled one back (26-28) after drawing the third set 28-28. Sonoda needed to win the fifth set to force a shoot-off but Komalika showed nerves of steel to shoot 29 and confirm the gold medal. — PTI