THE nation was glued to television sets and smartphones live-streaming the scheduled landing of Vikram lander on the lunar surface in the wee hours of Saturday. 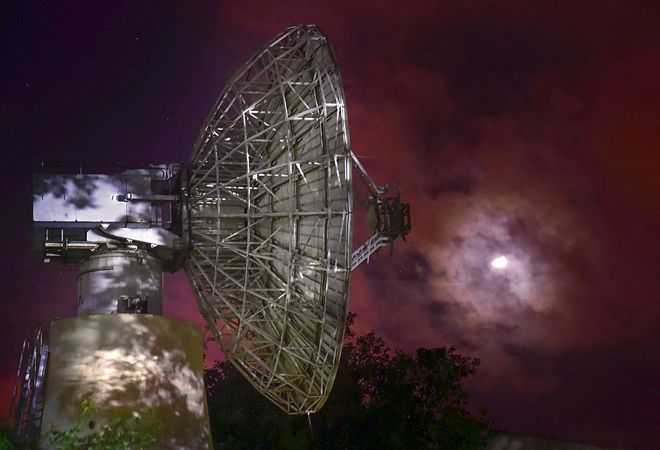 Focus: It is critical for India to keep working on the soft-landing technology.

THE nation was glued to television sets and smartphones live-streaming the scheduled landing of Vikram lander on the lunar surface in the wee hours of Saturday. A group of schoolchildren from all over the country, as well as the Prime Minister, were present in the mission control room to witness what could have been a historic moment. Elsewhere in the country, there were public screenings of the live broadcast of the planned landing despite it being in the middle of the night. Never before had the country responded to a scientific project in this manner, starting with the launch of the mission from Sriharikota on July 22. Perhaps it was a great exercise in public engagement in science. But the enthusiasm turned into disappointment when the landing did not occur as planned, despite a perfect start to the powered descent of the lander.

The mission was designed to achieve certain scientific and technological goals. The Chandrayaan-2 mission had three elements — the orbiter (which has already been established in an orbit around the Moon); Vikram, which was to soft-land on the lunar surface on September 7; and the rover, Pragyan, which was in Vikram’s belly. The lander was named after Vikram Sarabhai, the founder of India’s space programme. The year 2019 marks his birth centenary. The lander was not only a symbolic tribute to Sarabhai but also marked the fulfilment of his vision by the Indian Space Research Organisation (ISRO). In Sarabhai’s vision, India should use space technology for the well-being of its people. He did not wish India to enter any space race as such. In the past few decades, ISRO has lived up to its founder’s vision and with its landing mission the agency was seeking to enter the next phase of space exploration.

Of the three elements of the mission, two (Vikram and Pragyan) seem to have failed. However, the main component of the composite module — the orbiter — is very much alive and will soon start sending data. Of the 13 payloads, eight are in the orbiter. This is a matter of satisfaction for the country, but it does not advance the technology further. The Chandrayaan-1 orbiter was launched more than a decade ago, and was successful in discovering signs of water on the lunar surface. The payloads on Chandrayaan-2, such as Terrain Mapping Camera and Chadrayaan Atmospheric Compositional Explorer, are advanced versions of Chandrayaan-1 payloads. Others like the Dual Frequency Synthetic Aperture Radar are designed for high-resolution mapping of the polar region as well as an estimation of water-ice on the lunar surface. These payloads could further refine and advance scientific knowledge about the presence of water and other mineralogical resources. So, some scientific goals of the mission could still be met.

Soft-landing with all its associated complexities was designed to test a number of new technologies in navigation, guidance, control, onboard autonomy, precision sensors, throttable liquid engines, thermal control, robotics, communication links and landing strategies. In this sense, the Vikram-Pragyan combo was a test bed for new technologies that are going to be crucial for future missions of ISRO. All these technologies used in the lander and rover are indigenous and a successful landing would have greatly boosted technology development both inside and outside ISRO. The agency was forced to develop the lander after Russian space agency Roscosmos backed out of its commitment to provide the lander for Chandrayaan-2. This followed the failure of its ‘sample return’ mission to Phobos, one of the moons of Mars. The Russian agency carried out certain modifications to enhance the reliability of its lander, but this increased its mass. So, ISRO in 2013 decided to develop its own lander.

Risks in the space sector are part of the game, especially when it comes to soft-landing on any celestial body. Every failure is a means of new learning for the global space community. The latest soft-landing mission which failed earlier this year is the Baresheet moon probe of a private Israeli company. This was particularly embarrassing because Israel prides itself as a leader in innovation and technology. While India would have become the fourth nation to soft-land on the Moon (after the US, Russia and China) if it had succeeded in Saturday’s mission, other countries do possess soft-landing technology. The European Space Agency had landed a probe on a faraway comet a few years ago. The Japanese have successfully carried out landing and ‘sample return’ missions to an asteroid located millions of kilometres farther from the Moon. So, it is critical for India to keep working on the soft-landing technology even if it takes a few more attempts. Perhaps, the country needs to invest more in ground-testing facilities and infrastructure for the same.

The business of space is all about asserting technological supremacy and national pride, as evident from the days of the Apollo missions and the space race between the two superpowers during the Cold War. In the post-Cold War era, China is out to become a space superpower. China has already successfully sent human space flights and has soft-landed on the Moon with the world’s first-ever mission to the far side of the Moon. It also plans to send humans to the Moon and is establishing a permanent space station. India, with successful missions to the Moon (Chandrayaan-1) and Mars, is emerging as a formidable player. The first Indian manned space flight is slated for 2022 and there are plans to set up a space station by 2030. A successful soft-landing on the Moon would have greatly elevated India’s position in the technology race.