NEW DELHI: The Delhi High Court sought the CBI’s response on a plea of P Chidambaram, lodged in Tihar Jail in the INX Media corruption case, seeking bail in the matter. 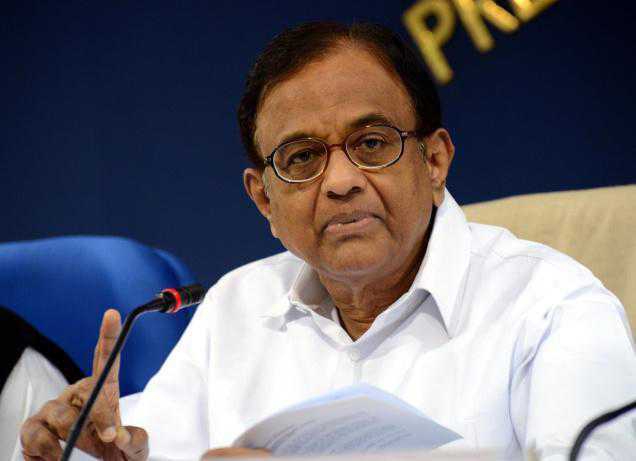 The Delhi High Court on Thursday sought the CBI’s response on a plea of former finance minister P Chidambaram, lodged in Tihar Jail in the INX Media corruption case, seeking bail in the matter

Justice Suresh Kait issued a notice to the Central Bureau of Investigation (CBI) on Chidambaram’s bail plea in which he has claimed that it was the case of “political vendetta”.

The court asked the CBI to file its status report within seven days on the petition.

The 73-year-old-Congress leader also withdrew from the high court his plea challenging the trial court’s order remanding him to judicial custody till September 19, after the court asked why Chidambaram has filed two separate petitions.

The court rejected the oral prayer of senior advocate Kapil Sibal, representing Chidambaram that he be allowed to have home-cooked food in jail and to meet his family members daily.

Solicitor General Tushar Mehta, representing the CBI, said Chidambaram’s family members are already visiting him in jail twice a week and as a state “we cannot distinguish”.

Responding to the bail petition, Mehta opposed it saying the case was at pre-chargesheet stage and the alleged corruption took place in 2007.

He contended it has emerged during the investigation that Chidambaram used his official capacity for corrupt practices and received crores of rupees and FIPB approval was granted.

The court listed the matter for further hearing on September 23.

Chidambaram, who was arrested on August 21 by the CBI, did not approach the trial court and had directly filed the regular bail plea in the high court.

He has sought bail, saying that he is a law-abiding citizen having deep roots in the society and is not a flight risk and is willing to abide by all conditions as may be imposed by the high court while granting him the relief.

Seeking bail, Chidambaram has claimed in his petition that he has always cooperated in the investigation and will continue to do so in future as and when called by the investigating agency or the trial court.

He has added that all other accused in the case, including his son Karti and INX Media former promoters Indrani and Peter Mukherjea, have already been enlarged on regular bail or anticipatory bail or statutory bail.

The CBI had registered an FIR on May 15, 2017, alleging irregularities in the Foreign Investment Promotion Board (FIPB) clearance granted to the INX Media group for receiving overseas funds of Rs 305 crore in 2007 during Chidambaram’s tenure as the finance minister.

Thereafter, the ED lodged a money laundering case in this regard in 2017.

Chidambaram, who was the Union home minister and the finance minister during the UPA rule from 2004 to 2014, was arrested by the CBI on August 21 from his Jor Bagh residence. PTI