Will try for full implementation of ICJ order: India on 2nd consular access to Jadhav

ISLAMABAD: Hours after Pakistan said that a second consular access to death-row convict Kulbhushan Jadhav would not be granted, India on Thursday said it will keep trying for full implementation of the verdict by ICJ. 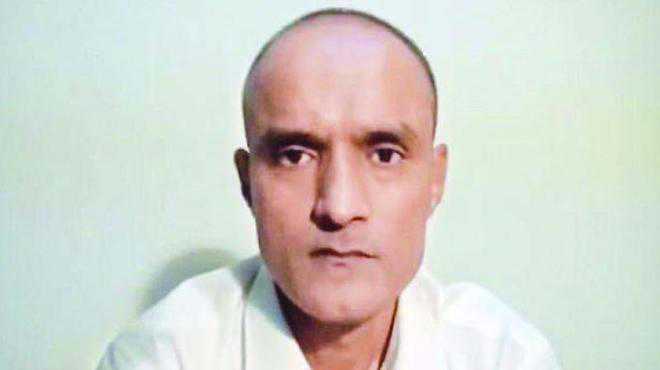 Hours after Pakistan said that a second consular access to death-row convict Kulbhushan Jadhav would not be granted, India on Thursday said it will keep trying for full implementation of the verdict by the International Court of Justice in his case.

External Affairs Ministry Spokesperson Raveesh Kumar said India will remain in touch with Islamabad through diplomatic channels on the issue.

"The judgement was in our favour. We have been telling Pakistan consistently that the ICJ judgement should be implemented fully. We have heard their statement. We will still try for full implementation of the ICJ verdict," he said during a media briefing.

He was asked to comment on Pakistan's announcement that Jadhav will not be given a second consular access.

Charge d' Affaires at the Indian High Commission in Islamabad Gaurav Ahluwalia met Jadhav on September 2 after Pakistan granted consular access to the retired Indian Navy officer following a directive from the ICJ.

After the meeting, the MEA said Jadhav appeared to be under "extreme pressure" to parrot a false narrative to bolster Pakistan's untenable claims in his case.

Sources said the government has received a detailed report from the Indian mission in Islamabad following the consular access.

Jadhav was sentenced to death by a Pakistani military court on charges of espionage and terrorism in April 2017. Weeks later, India approached the ICJ against Pakistan for denial of consular access to Jadhav and to challenge the death sentence.

In its verdict in the case on July 17, the ICJ ordered Pakistan to undertake an "effective" review of the conviction and sentence of Jadhav and asked it to grant consular access to him without further delay.

Pakistan claims its security forces arrested Jadhav from the restive Balochistan province on March 3, 2016 after he reportedly entered from Iran.

However, India maintains that Jadhav was kidnapped from Iran where he had business interests after retiring from the Navy. —PTI