NEW DELHI: The Supreme Court on Thursday deprecated an Uttar Pradesh Minister’s year-old statement on construction of Ram Temple in Ayodhya in which he had allegedly said “Supreme Court is ours”. 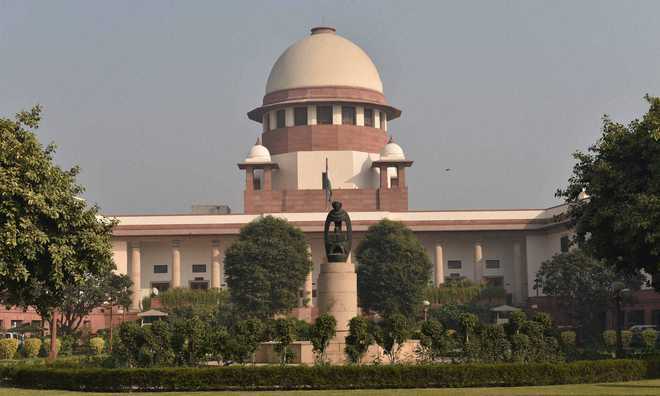 The statement was allegedly made by Uttar Pradesh minister Mukut Bihari Verma in September 2018.

The Supreme Court on Thursday deprecated an Uttar Pradesh Minister’s year-old statement on construction of Ram Temple in Ayodhya in which he had allegedly said “Supreme Court is ours”.

The statement allegedly made by Uttar Pradesh minister Mukut Bihari Verma made in September 2018 was brought to the notice of a five-judge Constitution Bench headed by Chief Justice of India Ranjan Gogoi by senior counsel Rajeev Dhavan who is representing the Muslim parties to the dispute.

Dhavan said he has received a threat message on Facebook and his clerk has also been abused and assaulted by some people as he had been appearing against Hindu parties in the case.

The senior lawyer sought to emphasise that he was not arguing against the Hindu faith and that in the past he had had also argued Kashi and Kamakhya cases.

“This should not be happening in the country. We deprecate such statements. Both sides are free to put their arguments before court without any fear,” the Bench said.

On the 22nd day of hearing on cross-appeals in Ayodhya land dispute, Dhavan complained the atmosphere was not “conducive” for the hearing.

“Last week, I received a message on my Facebook wall. I received threats. Yesterday, my clerk was told that his boss was arguing against the Hindu deity,” Dhavan said.

Referring to the UP Minister’s statement, Dhavan told the Bench, “He (Verma) had said that ‘jagah hamari hai. Mandir hamara hai aur Supreme Court bhi hamari hai (the place is ours, so are the temple and the Supreme Court). I cannot go on filing contempt petitions.”

While noting that there was “camaraderie” in the courtroom, he said the situation outside was not conducive and requested the court to address the issue, saying, “One word from My Lords would serve the purpose.”

As the court asked if he wanted security cover, Dhavan answered in the negative.

The Bench had earlier issued notices to two persons, including an 88-year-old retired government servant N Shanmugam, on contempt petition filed by Dhavan. Shanmugam had allegedly hurled curses at him for fighting the case of Sunni Waqf Board and other Muslim parties. Sanjay Kalal Bajrangi of Rajasthan too had allegedly threatened him by sending a WhatsApp message.