JAMMU: In the past few days, a grim picture of disquiet in Kashmir in its silence has filled the TV screens, but it did not degrade into violence, the magnitude of which could have been catastrophic. 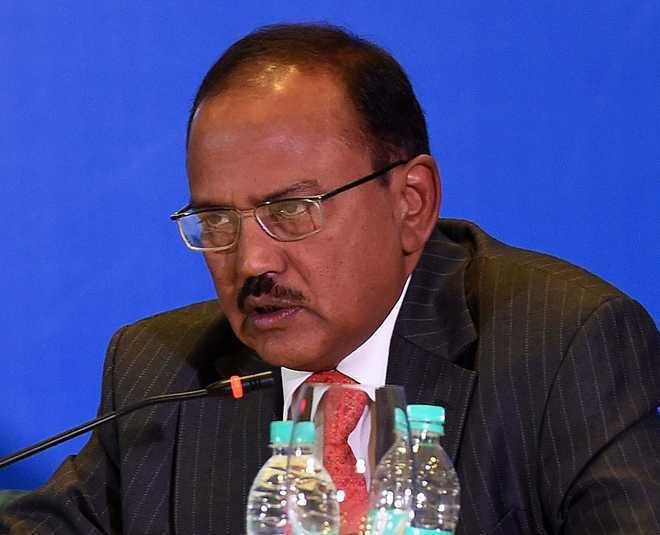 In the past few days, a grim picture of disquiet in Kashmir in its silence has filled the TV screens, but it did not degrade into violence, the magnitude of which could have been catastrophic. The officialdom in the Valley is giving credit for this to National Security Advisor (NSA) Ajit Doval who continues to stay put in the quiet but tense Valley.

Things are far steadier in J&Ktoday than these were when the government gave marching orders to the Amarnath pilgrims and tourists to leave the Valley filling the air with unknown number of threats of terror strikes listed on the calendar. Everyone knew that there was something else that was going to happen, and that happened with the scrapping of Article 370 and the bifurcation of the state into UTs for Ladakh and the rest of J&K.

Doval, who flew into the Valley on August 5, took complete charge of ensuring “zero bullets, zero blood stain” in Kashmir.

The spymaster of the yesteryear who knows the strength and weaknesses of the place inserted a strategy of free flowing interaction with the people, sharing meals with them, inquiring about the rate and weight of sheep and laughing together with a middle-aged person and a warm handshake with a child to examine the validity of their grievances and also their aspirations in the new system.

“One thing he can claim is that he did not allow things go astray all these days by enforcing a strategy of strictness on the ground, quelling chances that trouble-makers might have been looking for,” the source said. He is an enigma for many despite knowing how he facilitated the change of the constitutional history of J&K, the state that will end up as two UTs on October 31.

An emotional reaction that could have wrecked peace in Kashmir immediately after August 5 is subsiding because of the unprecedented presence of forces; the separatist and so-called mainstream is out of sight in what is being called a “massive crackdown”. It, however, has another description “something that was necessary to save the lives”.

Doval knew that even a single casualty could set off a chain of street protests to a level where these could become uncontrollable. The casualties would have focused the international attention on Kashmir. He met people in an organised manner to showcase that things were not that worrisome, and others could take a cue from his interactions, the source revealed.

So far, he has been successful in avoiding that, but the greater challenge for him is to keep things quiet for weeks to come. Since August 5, it was a special calendar for Kashmir that had a familiar pattern after the Amarnath yatra was called off on August 2 and clampdown on all information networks, the scrapping of Article 370, bifurcation of the state, Friday prayers and Eid. But that is not the end of the story. Kashmir has a knack for changing the calendar dates as it has ways to find the new trouble-makers and spots; NSA knows it. The sources said that he must have devised a plan for that too.