NEW DELHI: The Supreme Court on Wednesday set October 18 as deadline for completion of arguments in the Ayodhya land dispute case it has been hearing since August 6, 2019. 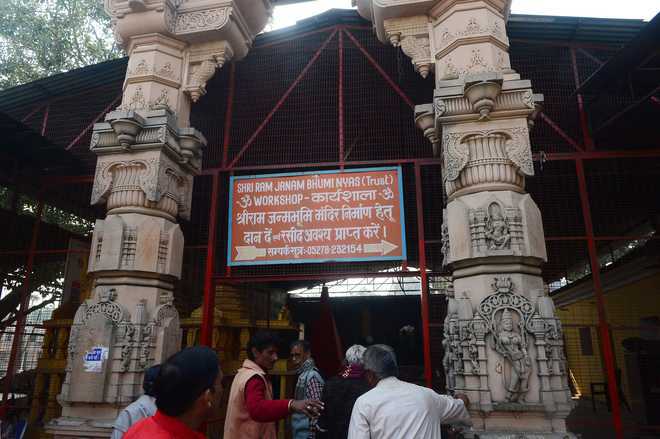 It means the Constitution Bench will have a month’s time to write the judgment before CJI Gogoi retires on November 17. File photo

The Supreme Court on Wednesday set October 18 as deadline for completion of arguments in the Ayodhya land dispute case it has been hearing since August 6, 2019.

“Let us make a joint effort to complete it by October 18,” said a five-judge Constitution Bench headed by Chief Justice of India Ranjan Gogoi on 26th day of hearing after perusing the tentative schedule submitted by senior advocates CS Vaidyanathan (representing Ram Lalla) and Rajeev Dhavan (counsel for Muslim parties).

It means the Constitution Bench will have a month’s time to write the judgment before CJI Gogoi retires on November 17. The Bench, which had on Tuesday asked the advocates to inform it about a tentative time schedule for concluding their arguments, offered to hear the case on Saturdays as well to meet the deadline.

On attempts to revive mediation for a negotiated settlement, the top court said attempts could go on, but the process and settlement terms would be confidential. If parties wanted to amicably settle the dispute, they may do so and place the settlement before it, the Bench said.

Justice FM Kalifullah-led three-member mediation panel had written to it that Sunni Wakf Board and Nirmohi Akhara wanted the mediation process to be revived. The panel, which also included Art of Living founder Sri Sri Ravishankar and senior advocate and mediation expert Sriram Panchu and was set up in March, had earlier failed to find an amicable solution.

The Bench, also comprising Justice SA Bobde, Justice DY Chandrachud, Justice Ashok Bhushan and Justice S Abdul Nazeer, made it clear that hearing on 14 cross-appeals would continue. It asked the parties to spell out views on how to mould the relief they were seeking as the Allahabad HC had equally divided the disputed land between Ram Lalla, Nirmohi Akhara and the Muslims.

Case hearing on saturdays too