CHANDIGARH: To curb violation of traffic rules and implement discipline among commuters, the Transport Department has decided to procure e-challan machines which will be provided to the traffic police for on-the-spot challan of traffic rule violators. 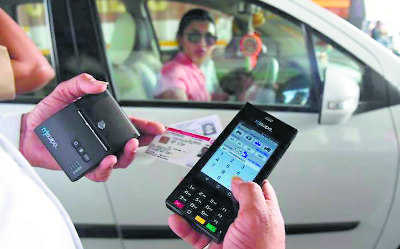 To curb violation of traffic rules and implement discipline among commuters, the Transport Department has decided to procure e-challan machines which will be provided to the traffic police for on-the-spot challan of traffic rule violators.

This was disclosed by Transport Minister Razia Sultana while presiding over the sixth meeting of the Road Safety Council at Punjab Bhawan, Chandigarh.

She added that soon a road safety secretariat would be established which would be manned by road safety experts. It would keep a close watch on vehicular traffic on major roads in the state to ensure compliance of road safety norms.

The minister said these e-challan machines would be supported with wireless Bluetooth, printer and stationery.

She added that 200 accident-prone spots have been identified in the state. She said the Transport Department would fix these black spots in a phased manner by spending Rs 20 lakh to 30 lakh on each spot.

She said complex entry points on different side roads merging into the main road and interjections would be modified besides installing iron angles and rumble strips on the roads.

The Transport Minister issued strict instructions to the authorities concerned to ensure that all toll plazas in Punjab must have weigh-in-motion machines to check the mobility of overloaded vehicles. She added that once an overloaded vehicle is challaned, it should not be allowed to move further.

Dr Sharad Chauhan, ADGP, Traffic, apprised the minister that 100 ambulances were at the disposal of the police department to provide immediate relief and medical aid to the victims of road accidents. The minister instructed the ADGP to coordinate with the Health Department, which also provides 108 ambulance services on the highway.

K Siva Prasad, Principal Secretary, Transport, said 195 breath analysers were also being procured to check the alcohol level in blood and tender for purchase of 56 speed guns had already been floated.