NEW DELHI:Home to the highest number of drug-resistant tuberculosis patients in the world, India today launched oral therapy to meet the challenge, pledging to phase out the current regime of injectables by year-end. 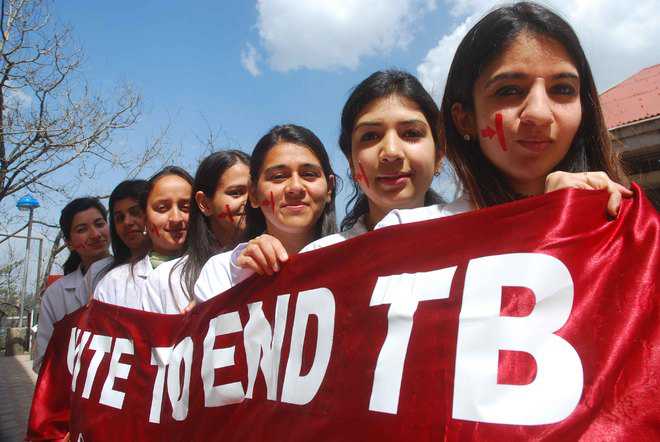 Home to the highest number of drug-resistant tuberculosis patients in the world, India today launched oral therapy to meet the challenge, pledging to phase out the current regime of injectables by year-end.

Injectables for the treatment of drug-resistant TB are known to be acutely painful with recorded side-effects of the order of hearing loss and kidney damage.

“We know of drug-resistant TB patients who have had so many injections over the 18-month treatment that a time comes when it is impossible to find a clean spot on their bodies to administer the dose. Injections are painful and have proven side-effects. We have today taken a leap forward towards oral therapy which will last 18 months, but will be simpler and easier to administer,” Deputy Director General, Indian TB programme Dr KS Sachdeva told The Tribune as the government today launched an ambitious “TB harega desh jeetega campaign” to rid India of TB by 2025, five years in advance of the UN SDG target of 2030.

The oral therapy for drug-resistant TB, the more lethal form of TB, is expected to improve treatment rates to 80 per cent from the current 50 per cent.

At present, India accounts for nearly 27 per cent of all new TB cases globally every year. TB incidence in India (new case load annually) is around 27 lakh, but not all cases are reported to the government system for treatment.

“The challenge is the missing TB patients that make up a whopping 5.5 lakh,” Health Minister Harsh Vardhan said today as he recalled how frustrating the disease can be.

To start with, oral therapy regime has been launched in Kerala, Tamil Nadu, Puducherry and Delhi. It will be gradually scaled up nationally by December-end.

The government is now bearing the entire cost of treatment of all TB patients, including the drug-resistant form, which cost Rs 1 lakh for the entire treatment cycle. “We are paying private doctors an honorarium to report TB cases to the government systems and are supplying them with free drugs and diagnostics in our attempt to free India of TB by 2025,” Vardhan said.