NEW DELHI: India on Thursday said Pakistan''s attempt to polarise and politicise the Kashmir issue at the UN Human Rights Council has been rejected. 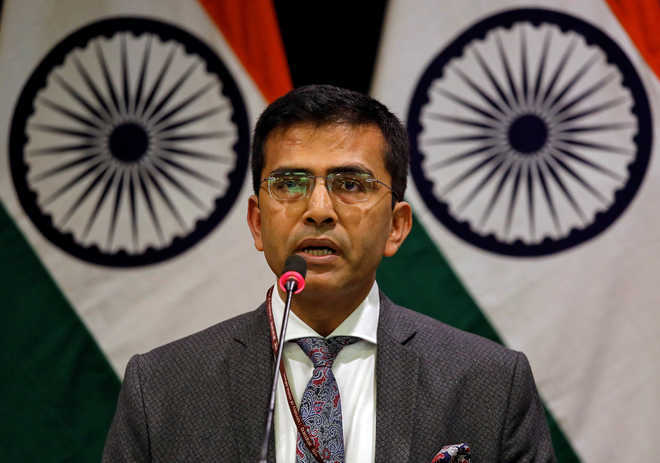 New Delhi, September 2
India on Thursday said Pakistan's attempt to polarise and politicise the Kashmir issue at the UN Human Rights Council has been rejected.
It also said Pakistan needs to understand that "repeating a lie four or five times does not turn it into a gospel truth".
The global community is aware about Pakistan's role in aiding, abetting and supporting terrorist infrastructure which they have in their country, Ministry of External Affairs Spokesperson Raveesh Kumar said at a media briefing.
Pakistan's attempt to "polarise and politicise" the Kashmir issue at the UNHRC has been rejected, he said.
His remarks came two days after India and Pakistan engaged in a war of words over the Kashmir issue on Tuesday at the UNHRC with New Delhi stoutly defending its "sovereign decision" to revoke Jammu and Kashmir's special status, an issue on which Islamabad demanded an international investigation by the global rights body.
"It is quite audacious on the part of Pakistan that the country which is harbouring terrorists, which is the epicentre of terrorism, is pretending to speak on behalf of the global community on human rights," Kumar said.
"Their record of persecution of minorities, both ethnic and religious, I don't need to amplify...The credibility of the messenger here is highly suspect. This is something which the global community is aware of," he said. —PTI
SHARE ARTICLE