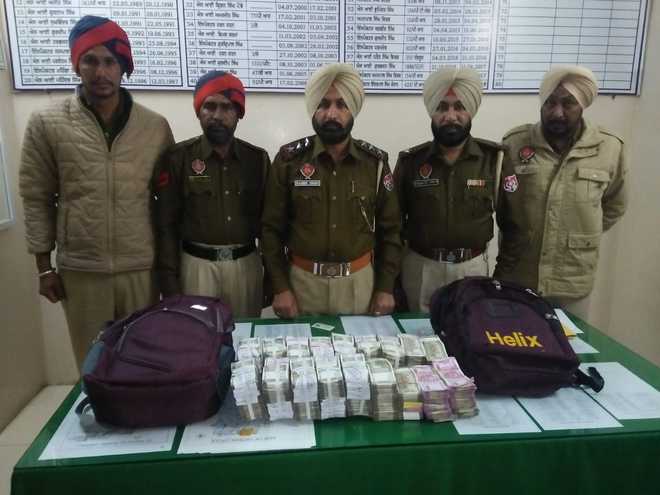 Police with the cash. Tribune photo

The Patiala police on Thursday seized Rs 92 lakh in unaccounted cash from a Sangrur resident following a tip-off.

SSP Mandeep Sidhu confirmed the recovery by the Patiala police, claiming that a Sangrur resident was intercepted while he was travelling in a car on Wednesday evening.

This is one of the biggest hauls of cash after the election model code of conduct came into force in the country.

Sidhu said the income tax officials had been sounded.