BATHINDA: A patient requiring SDP cells is forced to spend as high as Rs12,000 from his/her own pocket at private hospitals in the city as the machine used for collection of these cells is lying defunct at the blood bank unit of the Civil Hospital for the past couple of months. 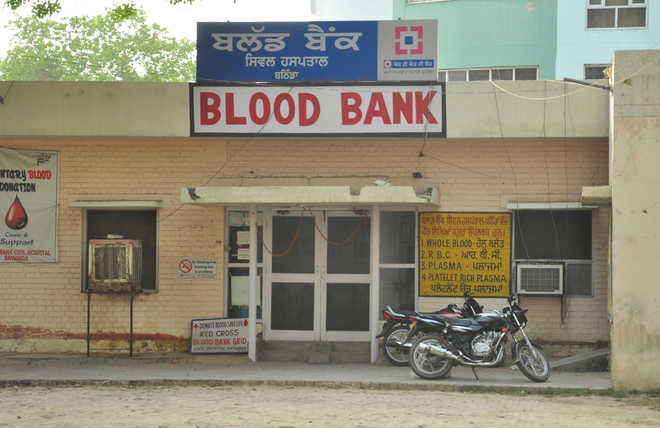 A majority of the patients visiting the government hospital for treatment are from lower strata of society. file photo

A patient requiring SDP cells is forced to spend as high as Rs12,000 from his/her own pocket at private hospitals in the city as the machine used for collection of these cells is lying defunct at the blood bank unit of the Civil Hospital for the past couple of months.

Notably, a majority of the patients visiting the government hospital for treatment are from lower socio-economic strata of society .

SDP cells are administered to patients with burn injuries, cancer and dengue. Owing to substantial inflow of patients at Civil Hospital on a daily basis, these cells are required by a sizable number of patients.

Ramu (36), who works at a confectionary shop in the city, was tested positive for dengue around 10 days ago. After diagnosis, doctor found that SDP cells in his body had lowered below than the required normal range and prescribed him SDP cell transfusion. To his dismay, he did not have money to pay for the transfusion.

Vinod Saini, a confectioner who pitched-in to help him, had to pay Rs23,000 for two cycles of SDP cell transfusion. Ramu who is unmarried and has no family member living in the city, has been admitted at the Government Hospital for the past ten days.

There are a number of patients requiring SDP cell transfusion, who visit the Civil Hospital, but are asked to get it done from private blood banks or private hospitals in the city. But, not many patients or their family members can afford the cost of SDP transfusion at private hospitals.

Saini said: “What service is the Health Department providing to patients with little means as we have to spend thousands of rupees from our own pocket for treatment which, otherwise, should have been free. Ramu’s cell count was quite low and we feared for his life. We were told that machine at the transfusion machine at the Civil Hospital was not working, so we had to go to a private blood bank in the city.”

Father of another patient, who had to return because of the non-functional the machine, said: “It is over two months, since SDP cells transfusion is not taking place at the Civil Hospital. If the machine was lying defunct, why officials concerned did not make efforts to get it repaired.”

Baldev Singh Romana, stock incharge at the blood bank, said: “We have intimated the mechanic who will come from Ludhiana to repair the machine soon. Moreover, we have also placed a request to provide a new machine to the PHSC authorities, since existing machine is old and breaks down more often.”