Pick words to speak with her

Not for Janhavi Panwar (14) the teenagers goofing off on their smart phones. 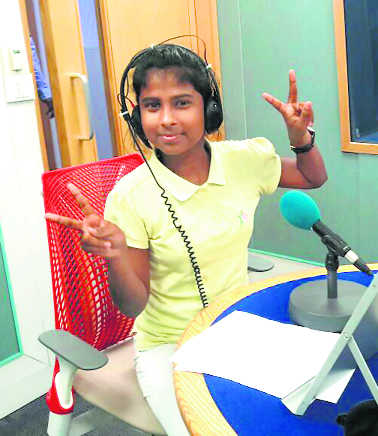 Not for Janhavi Panwar (14) the teenagers goofing off on their smart phones. She chooses the internet to learn foreign languages, and can speak English in nine accents — the way it is spoken in various countries. Recently Haryana CM ML Khattar and IAS officers belonging to eight states stood up in applause for her motivational speech at a seminar at the Haryana Institute of Public Administration (HIPA), Gurugram. The interaction was one in a series of about 60 such lectures from her in Haryana and other states. Besides Hindi and English, she can speak French and Japanese.

“Language gives you an opportunity to communicate your views in an effective manner. I plan to visit several foreign countries, though USA would be my first stopover,” says she.

Janhavi holds a record of passing exams for two consecutive classes in a single year up to 12th standard. A resident of Shar Malpur village under Samalkha sub-division in Panipat, she is pursuing her graduation from Delhi University’s Satyawati College, her daily commute by train from Panipat.

As a government primary school teacher, Brij Mohan Panwar helped her daughter. She’d love to know names of fruits, flowers, vegetables and household items — first in English, and then in other languages. And she learnt to pronounce a word just the way it should be. “My daughter was very quick on the uptake,” says Brij Mohan.

Janhavi says learning a foreign language is fun. “I’d like to be an IAS officer to bring about social transformation. Women empowerment, improving education standards and helping the poor are issues I am most keen on,” she says.