CHANDIGARH: Now, platform ticket has been made mandatory for those who come to traveller at to the Chandigarh railway station. 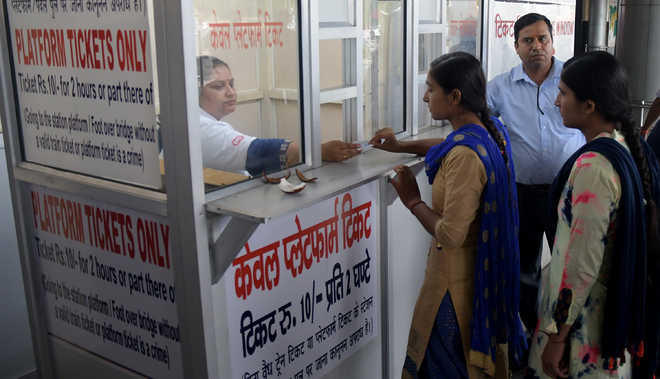 Now, platform ticket has been made mandatory for those who come to drop traveller at to the Chandigarh railway station.

Two counters were opened at the railway station today for issuing platform ticket for Rs 10.

A private company has taken over the platform ticket counters, which were inaugurated by Dhirendra Pratap Dubey, the owner of DPD Caters and Transportation.

One counter has been set up at the main gate of the railway station while the other is on the Panchkula side.

Dubey said eight to nine persons would be issuing tickets and keeping a check on people without platform tickets.

“At present, platform tickets will also be distributed on the spot (at platform) as many people are not aware of the service. Soon, a penalty will be charged on violators. Those who do not buy platform ticket can be fined 10 times,” he added.

Besides, a private cloak room was also inaugurated at the railway station.

Privatisation of services has been started at Indian railway stations. Privatising the platform ticket work is one of such service.