NEW DELHI: Prime Minister Narendra Modi on Thursday lauded the team of Varun Dhawan-starrer ‘Coolie No 1’ for their decision to go plastic-free. 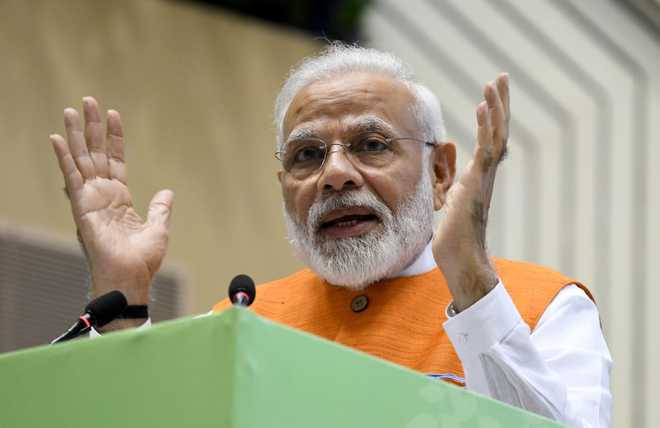 Prime Minister Narendra Modi on Thursday lauded the team of Varun Dhawan-starrer ‘Coolie No 1’ for their decision to go plastic-free.

Varun had announced the initiative on September 1 and also urged his other Bollywood counterparts to do the same.

Replying to Varun’s tweet, Modi wrote, “Superb gesture by the team of #CoolieNo1! Happy to see the film world contributing towards freeing India from single use plastic.”

In his Independence Day speech, the Prime Minister had appealed to the nation to eliminate single-use plastic and find alternatives to plastic water bottles on a priority basis.

‘Coolie No 1’ is a remake of David Dhawan’s 1995 hit comedy, featuring Govinda and Karishma Kapoor.

The director is also helming the remake which stars Varun and Sara Ali Khan in the lead. The movie is produced by Vashu Bhagnani, Jackky Bhagnani and Deepshikha Deshmukh. PTI