CHANDIGARH: The huge quantity of Tramadol tablets recovered from Ludhiana wholesaler were unaccounted for as the police and FDA office has not found any trail of sale and purchase of the tablets. 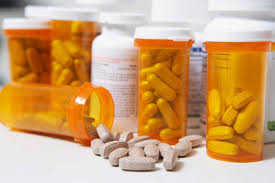 The huge quantity of Tramadol tablets recovered from Ludhiana wholesaler were unaccounted for as the police and FDA office has not found any trail of sale and purchase of the tablets.

The Bathinda police and STF have so far found that tablets reached accused Pradeep Goyal directly through a well organised channel and were further sold to addicts through peddlers.

Kahan Singh Pannu, Commissioner, FDA, said the department looked into the movement of drug consignment and found Goyal or his company had not put anything on record. “This meant that the tablets were routed from a manufacturing unit to addicts through a network. The FDA comes into role only when the movement is legal and registered in computerised records.”

GS Sangha, SP, Bureau of Investigation, Bathinda, said they were following some leads, which could not be made public.

He said Goyal had revealed that he owned a house, a plot and a medical store in Ludhiana. “The accused (45) is afflicted with polio. He owns two cars, a Volkswagen Vento and Maruti Celerio.”

Meanwhile, the Ludhiana District Chemist Association claimed to have terminated the membership of Goyal more than a decade ago.

Association chief GS Chawla said, “We expelled him in 2007. Everyone knew about his involvement in the illegal sale of drugs.”

Goyal had opened a small shop in 2007, but soon shifted to new store in a three-storeyed building at Pindi Street. A chemist said, “The police had earlier recovered illegal drugs from Goyal, but he managed to avoid action. From batch number of the tablets, the police can reach the manufacturers, distributors, suppliers and wholesalers.”