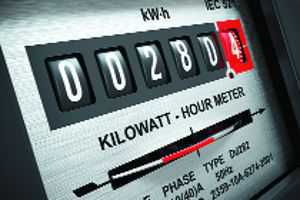 Some persons also damaged the official record and mobiles of team members. The police have registered a case and started investigations. After getting information about power theft in the village, a team of the PSPCL led by Sub-Divisional Officer Ram Chand started checking power connections and detected three cases of theft.

After imposing penalty when team members were returning to office, a mob of more than 50 persons intercepted the official vehicle of the PSPCL officers on the village outskirts, pulled the officers out of the vehicle, attacked them with sticks and snatched their mobiles. “After our team detected three cases of power theft, a mob attacked them. They even tore the official record of penalties imposed on three villagers for power theft. After we informed the police, the mob released our officers,” said Munish Jindal, Dirba Executive Engineer of the PSPCL. The Sangrur Sadar police have registered a case under Section 186 (obstructing public servant from discharge of functions), 353 (assault to deter public servant from discharge of his duty), 332 (voluntarily causing hurt), 506 (punishment for criminal intimidation), 148 (rioting, armed with deadly weapon) and 149 (if an offence is committed by any member of an unlawful assembly) against Pavitar Singh, Manjinder Singh, Baljinder Singh and unidentified persons. “We have identified three persons and are conducting investigations to identify the remaining members of the mob,” said ASI Ajaib Singh.