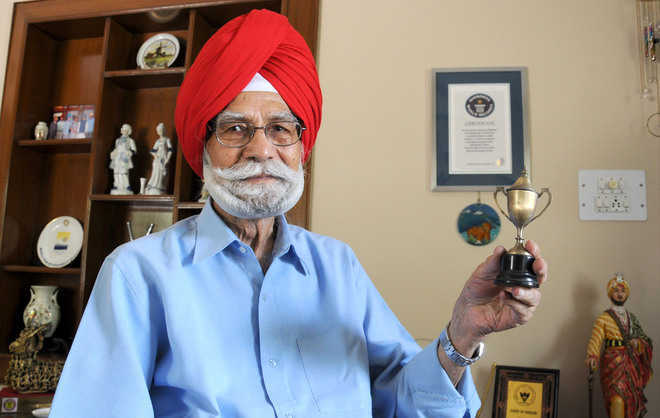 Amarinder, in his letter to Modi on Wednesday, called the 95-year-old legend, an outstanding sportsperson of his era.

“I wish to draw your attention to the subject cited (award of Bharat Ratna to Balbir Sr) and request to award Bharat Ratna to Shri Balbir Singh Sr, one of the most respectful and outstanding sportspersons of India since Independence,” wrote Amarinder.

“Shri Balbir Singh has been an outstanding sportsperson in the field of hockey and was part of the Indian team that won gold medals in Olympic games of 1948, 1952 and 1956. He was also the captain of the Indian team in 1956 Olympics.

One of the country’s tallest sportspersons, Balbir Sr was the only Indian in a list of 16 legends chosen by the International Olympic Committee (IOC) across the modern Olympic history.

His world record for most goals scored by an individual in the men’s hockey final in an Olympic Games still remains unbeaten.

He had scored five goals in India’s 6-1 victory over the Netherlands in the gold medal match of the 1952 Helsinki Games.

He was also the manager of India’s World Cup-winning team in 1975. He was conferred with the Padma Shri in 1957. — PTI