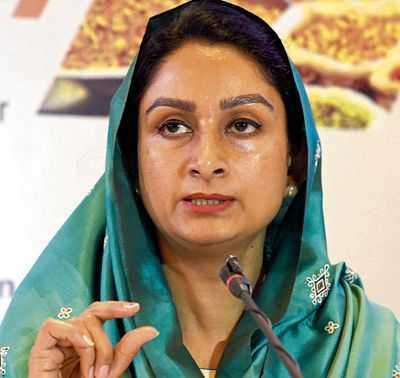 Addressing a gathering while campaigning for SAD candidate Manpreet Singh Ayali in a village in Dakha, Harsimrat said, “For a devout Sikh, a directive from Akal Takht is a supreme order.” She said it was unfortunate that the Congress government had decided to hold a parallel function despite Akal Takht Jathedar Giani Harpreet Singh’s directive and SGPC attempts to hold a joint celebration.

“A coordination committee was formed for this purpose, but Congress representatives did not let efforts for joint celebrations succeed. This will certainly create confusion among the Sikh devotees and be considered as an act aimed at weakening the Sikh community,” she alleged.

While urging the Congress to relent and follow the state’s tradition as per which the CMand government functionaries attend religious events organised by the SGPC on prominent occasions, Harsimrat said: “It is Guru Nanak’s 550th Parkash Purb. Let us celebrate it together without any ego clash. If the CM and Cabinet ministers are so enthusiastic to celebrate, they must first create infrastructure to facilitate pilgrims. Not much has been done in the holy city of Sultanpur Lodhi so far.”

She also blamed the Congress government for creating hurdles in opening of Ladhowal Mega Food Park and AIIMS Bathinda. “These projects are yet to get power supply,” she said.