30 raids a day to keep addictive drugs away

CHANDIGARH: The Food and Drug Administration (FDA) conducted 30 raids a day on an average on chemists in the past six months to check indiscriminate sale of habit-forming drugs. 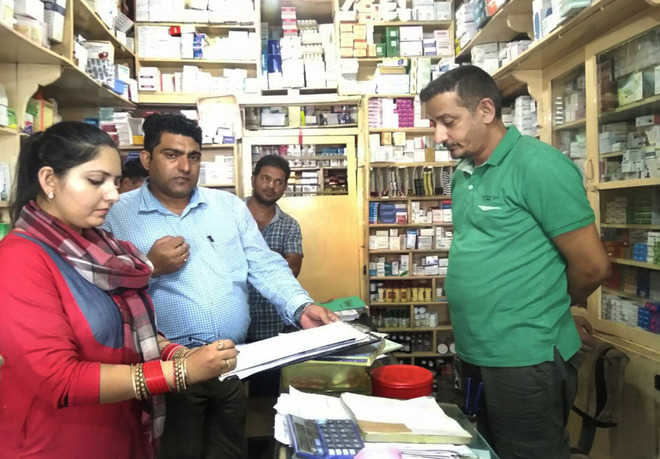 The Food and Drug Administration (FDA) conducted 30 raids a day on an average on chemists in the past six months to check indiscriminate sale of habit-forming drugs. It has suspended the licence of over 300 chemists.

According to its report, 4,862 inspections were conducted and action was taken against 302 defaulters. Of these, 17 licences have been suspended for selling habit-forming drugs without permission or maintaining proper record and 285 for various general irregularities like not maintaining proper sale record, absence of pharmacist at shop etc.

The FDA had issued orders to prosecute 44 defaulters and in 26 cases, the trial has already started. Besides, in the same period licences of four chemists were suspended. When it comes to backlog of cases, total 381 cases are going on against chemists in various courts and 43 were convicted in the past six months for various offences.

Dr Pradeep Matoo, Joint Commissioner, Food and Drug Administration, said the department had never intended to harass any innocent. “The drug problem is serious in the state. Our role is to weed out any unscrupulous elements active in this trade. That is why we launched special campaigns,” he said.

However, chemists in the state had called it a “witchhunt” and observed a strike also. Last week, the chemist association had also given a call to stop the sale of five habit-forming drugs to avoid legal trouble.

Amritsar-based Surinder Duggal, general secretary, Punjab Chemist Association, said the department conducted 1,300 raids in the past one-and-a-half month. “But on our demand, now police harassment has stopped and the government has started negotiating with chemists. We want that chemists should be given some time to cope up with the new system.”