CHANDIGARH: After an impressive show of strength by ousted Leader of Opposition Sukhpal Khaira in Bathinda on Thursday, the national leadership has planned to hold a series of meetings in the next few days to counter the impact. 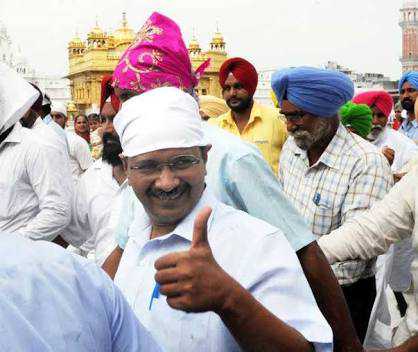 After an impressive show of strength by ousted Leader of Opposition Sukhpal Khaira in Bathinda on Thursday, the national leadership has planned to hold a series of meetings in the next few days to counter the impact.

Dr Balbir Singh, state co-convener, told The Tribune that on August 4 nearly 1,000 office-bearers of zones, districts and units would hold a meeting in Chandigarh. It would aim at educating any misguided leader and preparing for the August 13 state-level meeting by Manish Sisodia, incharge, Punjab political affairs.

Dr Balbir Singh insisted that the Khaira group had no impact. “It is just a matter of few days. Those who have gone will come back. We will welcome them.”

Meanwhile, despite a good show in Bathinda, the Khaira group has fallen short of numbers to make an immediate dent in the existing power centre of the 20 Punjab MLAs.

As per the resolve of the convention, the group can easily set up a parallel organisation structure of AAP even as it announced a fresh election for the post of Leader of Opposition sometime next week in Chandigarh.

This will only succeed if 11 MLAs vote in favour of Sukhpal Khaira or against him. It also remains to be seen if the 13 MLAs who stayed away from the convention would be part of such an election process.

The Khaira group doesn’t have 11 MLAs on its side on Thursday to elect the LoP or to form a new party with defection of 14 MLAs. To retain membership of the Punjab Legislative Assembly, at least two-third MLAs have to form a new unit.

Nazar Singh Mansahia, Mansa MLA hoped that 11 or even more MLAs would be part of the Khaira group. “We have learnt that four others are also with us, but could not attend the convention.”

“The Khaira group is not looking at forming a new party at this juncture. At the most, we will prefer to sit separately in the Vidhan Sabha,” he said.