PHAGWARA: Seemingly unsure of the kind of outcome in the bypoll on four Assembly seats, Chief Minister Capt Amarinder Singh today said the mandate should not be considered as a referendum on the performance of the Congress government. 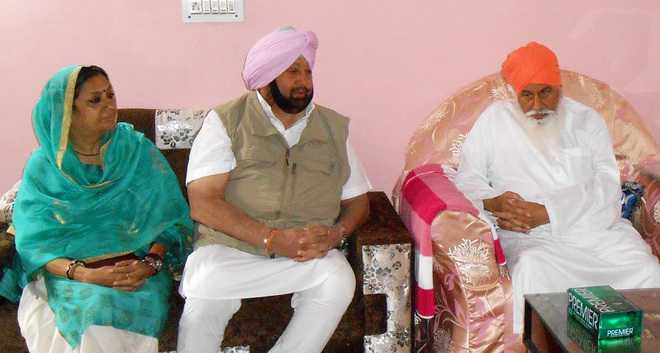 Seemingly unsure of the kind of outcome in the bypoll on four Assembly seats, Chief Minister Capt Amarinder Singh today said the mandate should not be considered as a referendum on the performance of the Congress government.

The Chief Minister was here to hold a roadshow in the constituency in favour of party candidate Balwinder Singh Dhaliwal.

He said, “I am confident as we are getting good reports on all four seats. But we cannot call it a referendum on the performance. Our manifesto was for five years. We still have half term left. It will be called referendum only after completion of the full term. But we have done a good job.”

Reacting to state BJP Chief Shwait Malik’s statement of terrorism rearing its head again in the state, Capt Amarinder said, “He does not know anything. Our police busted 24 terror modules, apprehended 130 persons and seized 450 weapons.”

He denied any impact of the global financial crisis in Punjab. “The overall country’s growth has fallen from 7.2 per cent to 5 per cent. But we have an upswing. Various companies will be investing in Punjab after our December 5 Invest Punjab Summit.”