AMRITSAR: Municipal Corporation Commissioner Sonali Giri said the Dasehra event was held illegally as no permission had been granted for the same at Dhobi Ghat near the railway track. “It is very surprising that Dr Navjot Kaur Sidhu presided over this function without verifying this fact,” she said. 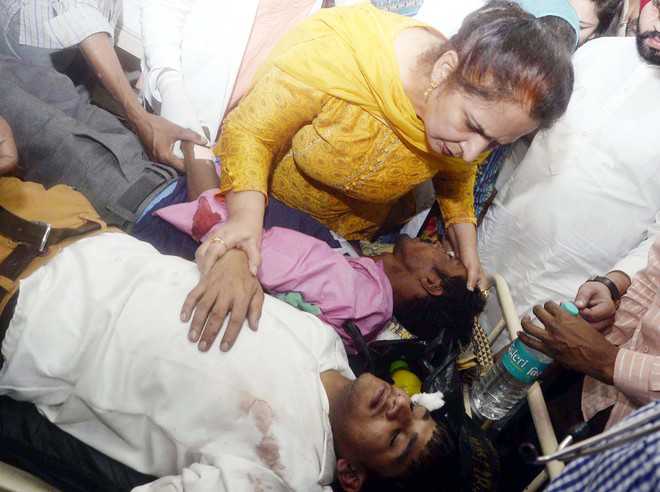 Municipal Corporation Commissioner Sonali Giri said the Dasehra event was held illegally as no permission had been granted for the same at Dhobi Ghat near the railway track. “It is very surprising that Dr Navjot Kaur Sidhu presided over this function without verifying this fact,” she said.

Dr Sidhu, when asked regarding permission for the celebrations, said area councillor Vijay Madan’s son Saurav Madan Mithu might have taken it.

The former MLA blamed the Railways for the accident, saying that the train was being driven at a high speed in the city.

She said effigies had been installed away from the railway tracks and a number of chairs had also also placed. However, most of the chairs were lying vacant as people preferred to watch the effigy-burning by standing on the tracks, she said.

She flayed the Opposition for politicising the accident, adding that the programme was held at the venue every year. She also refuted the allegation of leaving the venue soon after the accident, saying she had already left earlier. “I was informed about the accident on the phone by one of my aides,” she said.

Meanwhile, Cabinet Minister OP Soni faced the wrath of people when he arrived at the scene of the mishap.

Denying that he was manhandled, Soni said it was his moral duty to visit the spot. He said it was a major lapse on the part of the organisers to hold the Dasehra event near the rail track. “When I reached the place, people raised slogans against the government. Their wrath against the administration was understandable,” he said.