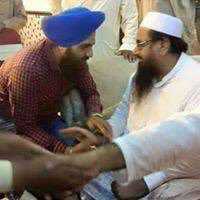 Earlier on April 12, the officials were also stopped from meeting the Sikh pilgrims when they reached Wagah–the first station when a train crosses over to Pakistan.

The embassy officials went to meet the Indian pilgrims as a standard practice to help them out with consular duties and emergencies.

A group of around 1,800 Indian pilgrims reached Pakistan to visit the shrines on the occasion of Baisakhi, which marks the 320th birth anniversary of the Khalsa.

The visit of pilgrims takes place under a bilateral agreement on facilitating religious visits.

Indian High Commissioner Ajay Bisaria, who was to greet the pilgrims on Baisakhi, was also “compelled” to return for unspecified security reasons while on his way to Gurdwara Panja Sahib.

The Ministry of External Affairs (MEA), in a statement described it, as an “inexplicable diplomatic discourtesy” in violation of the Vienna Convention.

This also violated the 1992 bilateral protocol on the treatment of each other’s diplomats, which the two countries “reaffirmed” recently, said the statement.

The terror outfits in Pakistan work under the patronage of the country’s intelligence agencies, including the Inter-Services Intelligence (ISI), to malign India’s image.

They use these outfits to wage a proxy war against India and create troubles within the country. ANI