CHANDIGARH: Staying the operation of the January 17 order setting aside the appointment of retired IAS officer Suresh Kumar as Chief Principal Secretary to Punjab Chief Minister Capt Amarinder Singh, a Division Bench of the Punjab and Haryana High Court today expressed prima facie opinion that the Single Bench could not have decided the matter as it was in the nature of public interest. 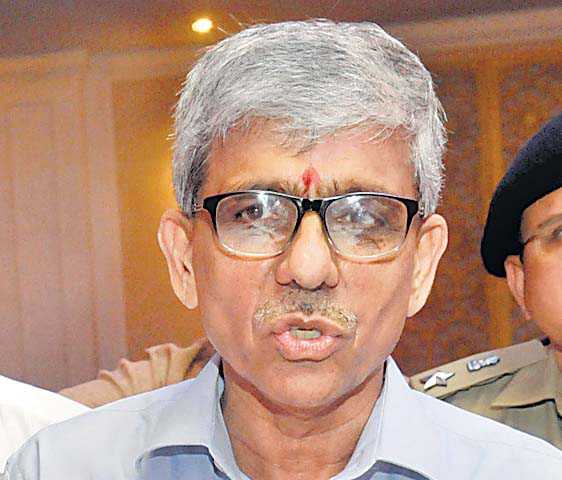 Staying the operation of the January 17 order setting aside the appointment of retired IAS officer Suresh Kumar as Chief Principal Secretary to Punjab Chief Minister Capt Amarinder Singh, a Division Bench of the Punjab and Haryana High Court today expressed prima facie opinion that the Single Bench could not have decided the matter as it was in the nature of public interest.

The order by Justices Mahesh Grover and Rajbir Sehrawat comes as a reprieve for the government, which brought in former Union Finance Minister P Chidambaram and Advocate General Atul Nanda to argue. After hearing the counsel  at length, the Bench said it was prima facie of the opinion that at best even if the locus standi of the petitioner to file a writ of quo warranto was accepted, it would necessarily espouse public interest.

Elaborating, the Bench asserted that the petitioner’s interest was not in conflict with that of the state or the incumbent assigned the status of Chief Principal Secretary. “Since the Single Judge who dealt with the matter was not bestowed with the subject roster, the judgment in these circumstances could possibly be construed as coram non judice. Even otherwise, the matter needs deeper deliberation,” the Bench added.

A writ of quo warranto is filed to challenge an individual’s right to hold office or governmental privilege. Coram non judice indicates legal proceedings without jurisdiction.

In the Punjab and Haryana High Court, quo warranto is heard by a Single Bench while a petition filed in public interest is placed before a Division Bench especially assigned the task of hearing PILs.

Punjab’s stand is that quo warranto can be heard by a Single Bench if an individual’s rights are affected. If the petitioner is not an affected party, the matter has to be placed before the PIL Bench.

Issuing notice of motion for April 17 to the petitioner before the Single Judge, Suresh Kumar and other respondents, the Bench asserted: “In the meantime, operation of the impugned order shall remain stayed”.

It was contended on behalf of the appellant-state that the petitioner’s locus to raise the issue decided in writ proceedings would seriously be in doubt. The Bench was told the petitioner had filed the plea citing wrong provisions. The petition should have been heard by a Bench hearing PILs, if at all it was to be filed.

Cause unknown, they were reportedly attending a party to cel...

Covid-19: Another death reported within a week