I am a patriot, not politician, says Dharmendra 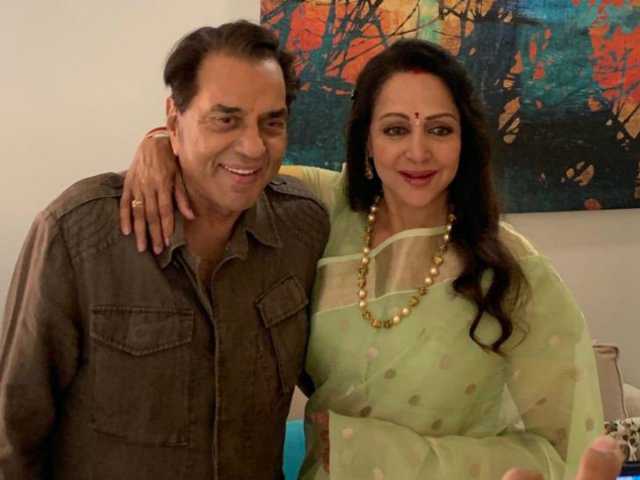 "I have come here not to deliver political speeches as I am not a politician. I am a patriot and I am here to have knowledge of local issues," Dharmendra said here on his first day of campaigning.

"We are seeking support of brothers and sisters of my Punjab. For this, we are here to understand their issues and problem. I will not do campaigning. I will sit and meet the people and understand their problems and try to find out viable solution," Dharmendra told reporters.

On Congress sitting MP and party candidate from the seat Sunil Jakhar's invite to Deol for a debate on local issues, Dharmendra said: "We are not politicians to participate in the debate."

He said he was a friend of Sunil's father late Balram Jakhar.

As a BJP candidate, Dharmendra refused to contest against Balram Jakhar from Churu in Rajasthan in the 2004 Lok Sabha polls. He had contested from Bikaner.

In 1991 parliamentary polls, Dharmendra had campaigned for Balram Jakhar in Sikar.

The veteran Bollywood actor said he himself got an offer from the BJP to contest from Patiala in this elections.

"I told them (the BJP) that I know Amarinder Singh family very well and have a lot of respect for Preneet Kaur (Amarinder's wife). I refused to contest. Then I was offered to contest from Ludhiana," said Dharmendra, who does not have any direct connection with Gurdaspur city.

Dharmendra hails from Sahnewal town near Punjab's industrial town Ludhiana which has a strong Punjabi appeal.

"Like the previous actor (former MP late Vinod Khanna), this actor will also disappear from here once the election is over," he said, adding he has been a Dharmendra fan and likes Deol as an actor.

"The people will prefer a local than an outsider (Deol). I wish him all the best," the Congress state unit President Jakhar, who won the October 2017 by-election with a margin of 1.92 lakh votes, said.

The by-poll was necessitated after sitting MP Vinod Khanna's death.

The Gurdaspur constituency, which has 14,68,972 voters, has a high number of serving and retired defence personnel and the BJP is trying to woo them by using the 'fauzi' image of Deol. — IANS