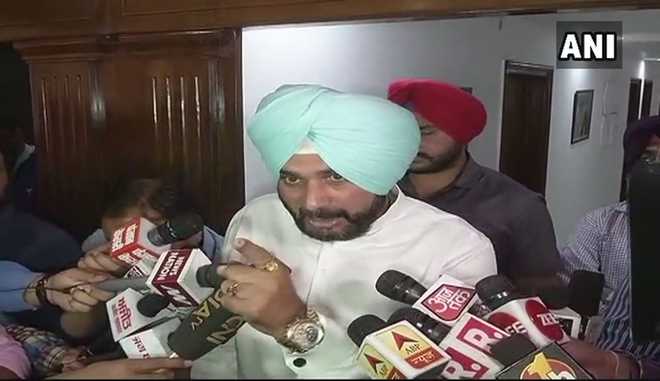 Kejriwal has betrayed the people. How will AAP leaders now speak against drugs when their own leader has "meekly surrendered", said Sidhu. ANI

The Delhi chief minister had yesterday apologised to Majithia for accusing him of being involved in the drug trade in Punjab, saying he had learnt that his allegations were unfounded.

"Today AAP has been murdered in Punjab by Kejriwal," Sidhu told reporters here.Kejriwal's apology also drew flak from his party's leaders and MLAs in Punjab, who said they were "stunned" by the move and "disappointed" as he had not kept them in the "loop".

"His statement finishes the existence of AAP in Punjab. It is as if their existence has been wiped out today. Why? Because he was the man who used to say he will get Majithia arrested...," the Punjab Tourism minister said.

Kejriwal has betrayed the people. How will AAP leaders now speak against drugs when their own leader has "meekly surrendered", Sidhu said.

Hitting out at the Delhi chief minister, he said, "Man like coward Kejriwal dies everyday for fifty times. But a brave man dies only once in life."

This is a psychological death of the party. Kejriwal has decimated the AAP in Punjab, Sidhu claimed.

"Initially, he tried to run the party (in Punjab) from Delhi through remote control. Today, he is a helpless gambler," he alleged. PTI