BALACHAUR: Congress candidate from Sri Anandpur Sahib Manish Tewari today said the sitting MP and Akali candidate Prem Singh Chandumajra had proven it himself as to who was an outsider by diverting his MPLADS funds to Sanaur. 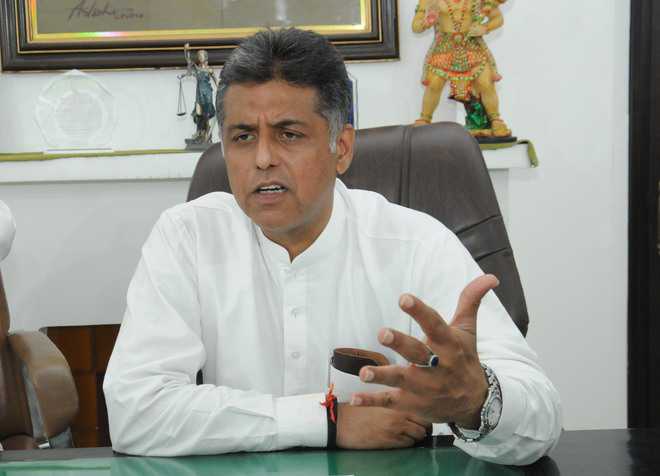 Congress candidate from Sri Anandpur Sahib Manish Tewari today said the sitting MP and Akali candidate Prem Singh Chandumajra had proven it himself as to who was an outsider by diverting his MPLADS funds to Sanaur.

The Sanaur Assembly segment is represented by his son Harinder Pal Singh Chandumajra and falls in the Patiala constituency. After holding a workers’ meeting organised by local MLA Chaudhary Darshan Lal here today, Tewari said Chandumajra was unnecessarily resorting to the “outsider” rant against him. “Chandumajra is himself from Patiala. He had contested from constituencies like Patiala, Moga, Lehragaga and now Anandpur Sahib,” he countered.

Chandumajra, however, says, “There is nothing illegal in having spent a few lakhs in Sanaur. I have doled out some amount in Bathinda too. People invite us to their programmes and expect some grants from us. A Lok Sabha MP has the right to spend up to Rs 25 lakh in a financial year in an area outside his constituency too.”

Tewari said he was surprised that even after 70 years of Independence, Balachaur area was still not connected with a rail link. “If we can take the rail link to Kashmir, there is no reason why it cannot be done in Balachaur,” he said.