CHANDIGARH: Objections were raised to the joining of SAD former MLA Chaudhary Mohan Lal by Congress ex-MLA Tarlochan Singh Soondh and other leaders in the presence of Chief Minister Capt Amarinder Singh. 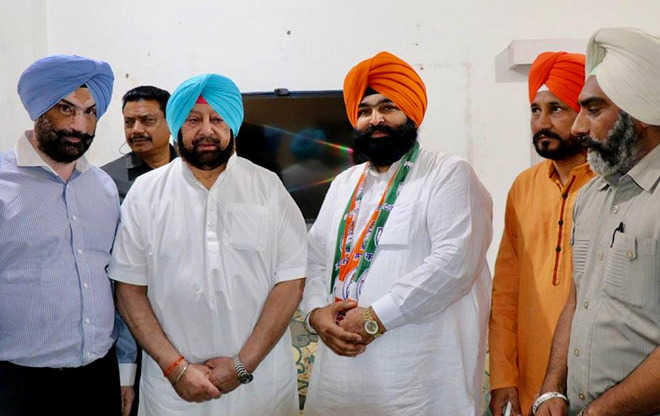 Objections were raised to the joining of SAD former MLA Chaudhary Mohan Lal by Congress ex-MLA Tarlochan Singh Soondh and other leaders in the presence of Chief Minister Capt Amarinder Singh.

The Chief Minister was at the state Congress headquarters to convene a meeting of the party MLAs and district presidents of the Hoshiarpur parliamentary segment. Party’s nominee Dr Raj Kumar Chabbewal was also present at the meeting.

Lal along with former BSP leaders Gurlal Singh Saila and Rajinder Singh Thekedar were made to join by Nawanshahr party incharge Satvir Singh Phalichikki, attracting objections from Dalit leaders of the Doaba region.

It was pointed out that Lal’s father Chaudhary Swarna Ram was a senior BJP leader and such joining “impacted the morale” of senior Dalit leaders from the Doaba region, who were feeling neglected in the distribution of tickets. Before the joining, senior party leader Lal Singh intervened to allay the resentment of party leaders.

Similar problem had surfaced during the recent meeting for the Anandpur Sahib constituency where party’s Ropar district president Barinder Dhillon had objected to the interference of Anandpur Sahib MLA and Speaker Rana KP Singh in his Assembly segment.