MOGA: Four youths were killed and five others injured when the Bolero vehicle in which they were travelling collided with a private bus on the Moga-Barnala highway. 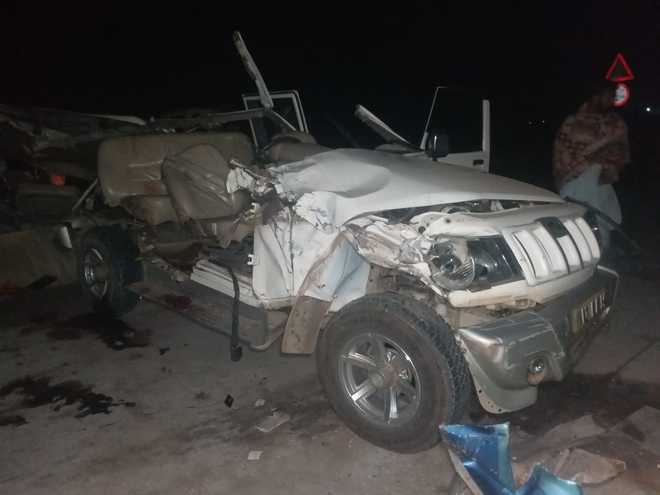 The vehicle in which the youths were travelling. Tribune photo

Four youths were killed and five others injured when the Bolero vehicle in which they were travelling collided with a private bus on the Moga-Barnala highway in this district on Friday night, police said here on Saturday.

The deceased, aged between 22 and 25, have been identified as Iqbal Singh, Sukhdeep Singh, Bhushan Kumar and Lakha Singh, all residents of Tajo village of Barnala district.

The youths died on the spot while five others were rushed to a local hospital from where they were shifted to DMC, Ludhiana.

Preliminary investigation showed that these youths had gone to a marriage palace on the outskirts of Moga to attend a marriage. Most of these youths were drunk.

While they were on their way back to their village, the bus of the Malwa Bus Company collided with the vehicle near Badhni Kalan village.

The bus driver fled leaving behind the bus.