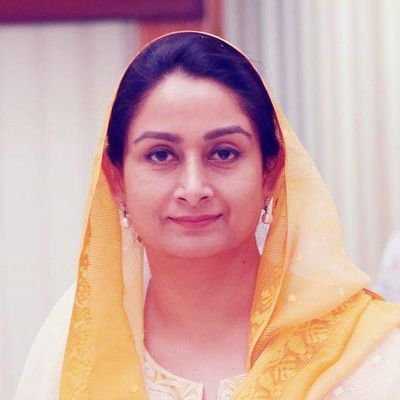 Union Minister Harsimrat Kaur Badal has slammed Pakistan for its insistence of charging USD 20 as service fee from Indian devotees for visiting Kartarpur Sahib Gurdwara, saying that the neighbouring country has made a “business out of faith”.

“The $20 fee each charged by Pak for Kartarpur Sahib darshan is atrocious. How will a poor devotee pay this amount? Pakistan has made a business out of faith. @ImranKhanPTI’s statement that this fee will boost Pak’s economy & result in earning foreign exchange is highly shameful,” Harsimrat said a tweet.

Earlier, Punjab Chief Minister Amarinder Singh had also lashed out at Pakistan for demanding the USD 20 service charge, saying it was tantamount to “putting a ticket” on visiting the historic gurdwara.

During third round of meeting between both nations last month, India had expressed disappointment over Pakistan’s “persistent inflexibility” on USD 20 service fee issue and had asked it to reconsider it.

In a major initiative last November, both India and Pakistan had agreed to set up the Kartarpur corridor.

The corridor will connect Darbar Sahib in Pakistan’s Kartarpur with Dera Baba Nanak shrine in Gurdaspur district in Punjab and facilitate visa-free movement of Indian pilgrims, who will have to just obtain a permit to visit Kartarpur Sahib, which is located in Pakistan’s Narowal district across the Ravi river.

The $20 fee each charged by Pak for #KartarpurSahib darshan is atrocious. How will a poor devotee pay this amount? Pakistan has made a business out of faith. @ImranKhanPTI's statement that this fee will boost Pak's economy & result in earning foreign exchange is highly shameful. pic.twitter.com/a0sidEDIPZ

Kartarpur Sahib is located in Pakistan’s Narowal district across the Ravi river, about four kilometres from the Dera Baba Nanak shrine.

Pakistan is building the corridor from the Indian border to the Gurdwara Darbar Sahib in Kartarpur, while the other part from Dera Baba Nanak in Gurdaspur up to the border is being built by India.

The four-lane highway connecting the Zero Point of the Kartarpur Corridor up to National Highway-354 is being constructed by the National Highways Authority of India (NHAI).

The corridor will be opened in November in the wake of the 550th birth anniversary of Guru Nanak Dev. —PTI