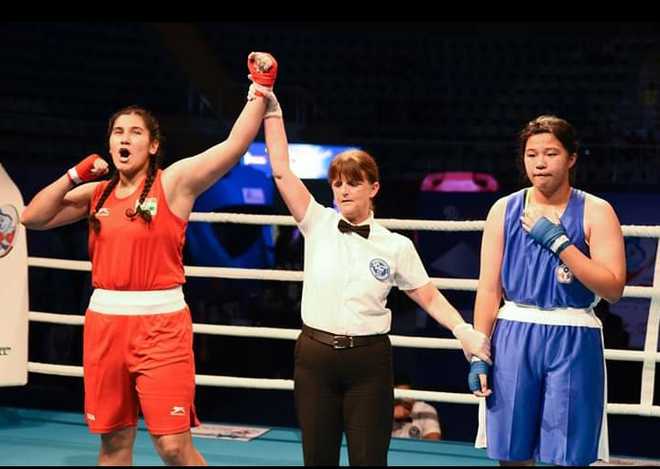 The 15-year-old began her career six years ago and became the national champion thrice in her category. Her sister Sirjan Sandhu also won the silver medal twice in national school boxing games.

Speaking to The Tribune, Tanishbir’s father Tejbir Singh said that she had been training at a multipurpose training centre at Patiala and thanked her coach Anudeep and the Secretary, Punjab Boxing Association Santosh Dutta for their support.

Tanishbir is a student of Guru Nanak Foundation Public school, Patiala and a scholar with the Khelo India project.