MOHALI/CHANDIGARH: In pursuance of Chief Minister Captain Amarinder Singh’s directive to challenge the closure report in the Bargari case, the Punjab government on Tuesday filed a revision petition in the CBI special court at Mohali challenging its July 23 orders disallowing the state’s request for a copy of the closure report filed by the agency. 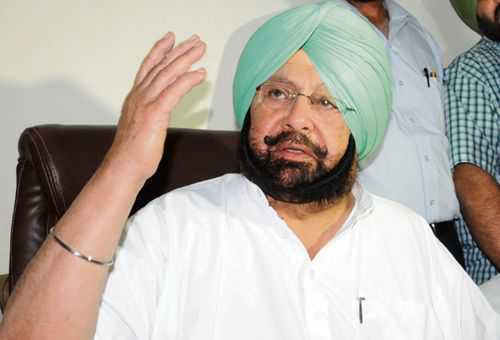 In pursuance of Chief Minister Captain Amarinder Singh’s directive to challenge the closure report in the Bargari case, the Punjab government on Tuesday filed a revision petition in the CBI special court at Mohali challenging its July 23 orders disallowing the state’s request for a copy of the closure report filed by the agency.

CBI Special Judicial Magistrate had, on July 23,  passed an order dismissing the state of Punjab’s application for supply of copy of closure report.

It is the state’s contention that its application for the closure report copy was dismissed by the Special Judicial Magistrate in an arbitrary and unjust manner, Nanda said.

The state is entitled to the copy of the closure report and other relevant documents in order to challenge the CBI’s decision, said the AG.

In its revision petition, filed today by the Government of Punjab, through Assistant Inspector General of Police (Crime), Bureau of Investigation, Punjab, the state has asked the court to summon the record of the case pending before the Special Judicial Magistrate CBI, SAS Nagar, Mohali, besides a direction that a copy of the closure report and all supporting material be supplied to the State of Punjab.

According to the revision petition, the impugned order dated July 23, 2019 passed by the Special Judicial Magistrate, CBI, Punjab, dismissing the application, for supply of copy of Closure Report, moved by the State of Punjab is “unjust, unreasonable and bad in law and is therefore, liable to be set aside,” on various grounds.

The grounds listed are that the order was based on the erroneous premise that the State of Punjab is a “stranger to the case”, which is a conceptual error since the state can never be a “stranger” to a criminal case. Further, it says the Special Judicial Magistrate failed to appreciate that the practice of supplying copies of the closure report and documents to the complainant and enabling him to file objections is based not on any statutory provision but on the principles of natural justice, as explained by the Supreme Court in Bhagwant Singh v Commissioner of Police, (1985) 2 SCC 537.

The Special Judicial Magistrate, CBI, Punjab, Mohali has failed to appreciate the fact that the offences of sacrilege of Holy Sri Guru Granth Sahib had been committed in the territorial jurisdiction of State of Punjab, the revision petition further argues.

Pointing out that for about three years, since the cases were handed over to it, the CBI gave no information about progress into the investigations conducted by it, the revision petition states that “The matter is highly emotive and had in the past led to widespread anger, resentment and law and order problems in the State of Punjab.”

“Eventually, a resolution was passed by the Punjab Vidhan Sabha on August 28, 2018 to take back the investigations of the abovesaid cases of sacrilege from the CBI” and in pursurance of the same, a notification was issued by the state government on September 6 to withdraw its consent given to all members of DSPE for investigation of cases of sacrilege from the Central Bureau of Investigation, and de-notify earlier notification issued by the then State Government.

The withdrawal of consent by the State Government was challenged before the  Punjab & Haryana High Court.  Vide its detailed judgement dated January 25, 2019, the High Court dismissed all the writ petitions and upheld the withdrawal of consent, stating that “None of the learned counsel referred to any judgment in order to show that there was any fetter on power of State Govt. to withdraw consent in such cases where investigation was transferred from State police to CBI.  Besides, due to withdrawal of consent, investigation would continue with one investigation agency and not partially with two separate agencies. The chain of events shows that same are inextricably linked, thus this court does not feel the necessity to interfere in the decision of the State Govt. to withdraw investigation from CBI or to set-aside consequent notifications.”