Punjab schools to remain closed tomorrow due to heavy rain

CHANDIGARH: Punjab Chief Minister Amarinder Singh has announced that all schools will remain closed on Tuesday as threat of floods loom over the state. 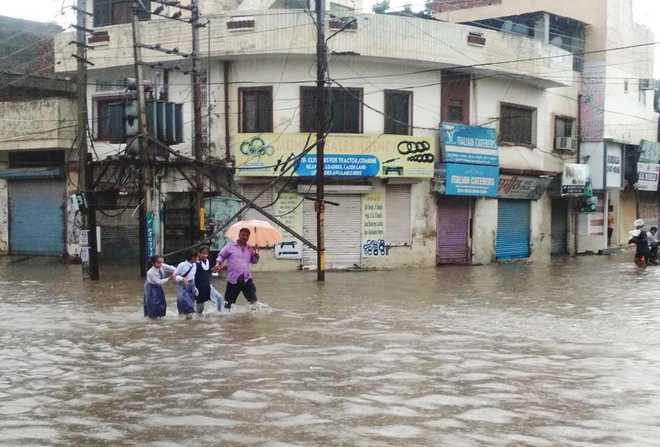 A man accompanies three schoolgirls through a flooded street in Patiala on Monday. Tribune photo

Punjab Chief Minister Amarinder Singh has announced that all schools will remain closed on Tuesday as threat of floods loom over the state.

Punjab has declared red alert as retreating monsoons wreaked havoc in the region. Disaster Control Rooms in Punjab have been told to be on standby, as was the Army.