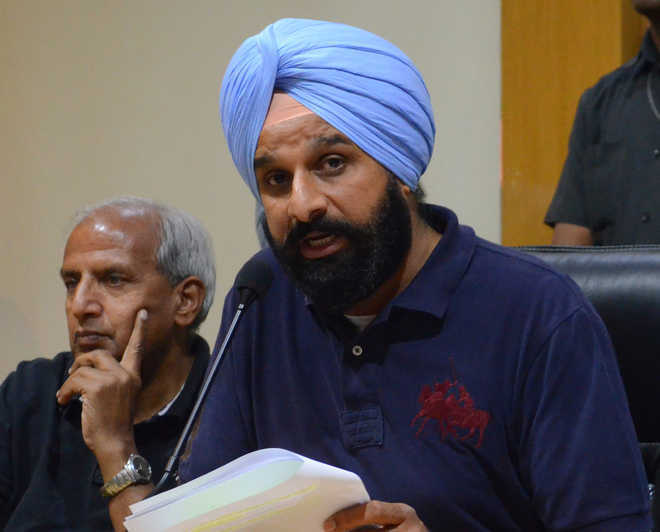 Earlier Thursday, Amarinder and his Cabinet colleagues inspected the construction of the Kartarpur corridor on the Indo-Pak border in Dera Baba Nanak in Gurdaspur district.

The chief minister interacted with workers and also took stock of the construction of the integrated check-post (ICP).

“Instead of getting any state government contribution or project to highlight, the CM had to be content with getting clicked alongside the Government of India’s on-going projects,” Majithia said in a statement here.

It will facilitate a visa-free movement of Indian pilgrims, who will have to just obtain a permit to visit Kartarpur Sahib.

Pakistan is building the corridor from the Indian border to the Gurdwara Darbar Sahib in Kartarpur, while the other part from Dera Baba Nanak in Gurdaspur up to the border is being built by India. — PTI