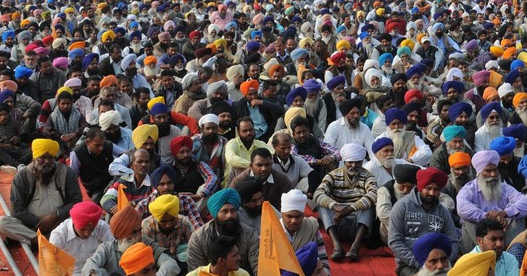 Supporters of Akali Dal at the Sadbhavna rally in Gurdaspur on Tuesday. Photo: vishal kumar

Verbal orders were reportedly passed to government officials, particularly teachers, to attend the proceedings in a big way.

Chief Minister Parkash Singh Badal, meanwhile, reached the venue in his helicopter two hours before the scheduled time of 1 pm. He sat near the stage, out of public view, along with district-level bureaucrats and police officers. — TNS