Then and now, mining biz remains in political domain : The Tribune India

Then and now, mining biz remains in political domain

CHANDIGARH: Illegal sand mining, allegedly controlled by Akalis during 2008-14, and high prices of the basic construction material had led the people to reject the “Panthic” party in the 2014 Lok Sabha elections. 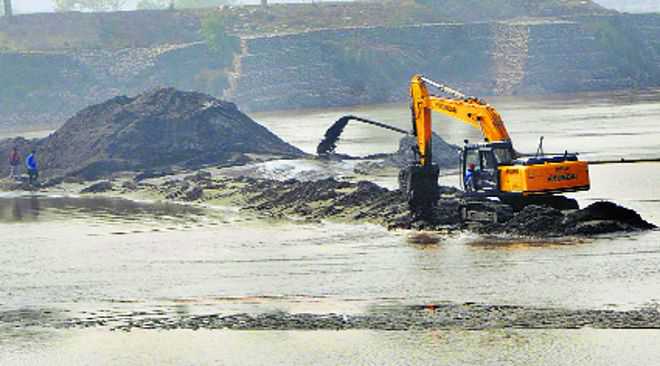 Illegal sand mining, allegedly controlled by Akalis during 2008-14, and high prices of the basic construction material had led the people to reject the “Panthic” party in the 2014 Lok Sabha elections.

Though this was a wake-up call and the then SAD-BJP government went into course correction by fixing cap on the prices of sand, they had shown the way on how to control this business of extracting and supplying sand and aggregate (mixture of sand and gravel).

In 2017, immediately after the Congress stormed to power, party MLAs blatantly declared that now they would control the entire mining business. The alleged incident of former Irrigation and Power Minister Rana Gurjit Singh taking mines of sand and gravel in the names of his employees, was the first major controversy to hit the government. It ultimately forced Chief Minister Capt Amarinder Singh to accept Rana Gurjit’s resignation.

This, however, did not deter the politicians, mainly from the ruling party, from taking control over the mining business. Political circles are abuzz with talk of certain ruling party MLAs being shareholders in the trade. With certain liquor contractors funding these politicians, the recent auction of blocks of quarries has seen a completely new breed of contractors taking over.

Earlier, politicians and traditional mining contractors were involved in both legal and illegal mining of minor minerals. These contractors, at most places, have now been thrown out of the business, and politicians cutting across the political spectrum have taken over the trade.

An internal report prepared by the Department of Mines (now merged with the Irrigation Department) for the Chief Minister had alleged that at least 30 MLAs of the ruling party were involved in mining business directly.

Interestingly, the legal mining is taking place at only 16 quarries out of nearly 100 that have been auctioned by the state government in the last two years. The 52 quarries that were auctioned in May 2017, using progressive bidding technique, mining contractors could not deposit high quarterly installments for the amounts they bid for, and withdrew from the contracts on 36 quarries. This meant that the money that the cash-strapped state had to recover from auction of mines never materialised.

Then, a stay was imposed by the Punjab and Haryana High Court on the auction of quarries as a cluster. This stay was vacated recently and the quarries were auctioned. But most of these have yet to get environmental clearance.

Here lies the catch. The demand for sand and aggregate remains the same and the legal quarries are closed. But there is no shortage of material nor have the prices of sand and gravel gone up. Sand is available at Rs 3,000 per 100 cubic ft and bajri at Rs 2,600 to Rs 2,800 per 100 cubic ft. “Where is this coming from? Obviously, it’s the illegally mined minerals that are catering to the demand,” says Ropar-based RTI activist Darshan Singh Grewal. He says the one way to this is to bring sand under the GST net.

Umpteen reports of how boat-like platforms that support the rig that pumps out water from illegally created mines, and have disturbed the topography of villages near Faridkot, have appeared. Till a few years ago, Faridkot was not known for having adequate minor minerals for extraction. Similarly, there have been reports of 40-ft-deep pits being dug on the banks of the Sutlej to extract the sand near Garhshankar.

Capt Amarinder Singh, while flying towards Jalandhar in 2018, had himself expressed shock at the extent of mining he could see in Nawanshahr and Ropar. At other places, even the power transmission system has been threatened because of illegal mining around the poles.

Birinder Singh Dhillon, Ropar district president of the Punjab Pradesh Congress Committee, told The Tribune that in spite of best efforts of the Congress government to control the menace, it had failed to yield results. “This is because of the strong nexus between mining department officials, contractors and some politicians. It is because of unauthorised and illegal mining that several areas in Ropar were flooded after a heavy downpour and discharge of water in the Sutlej last month. I have set up a committee of party workers to expose this nexus, and bring it to the notice of the Chief Minister,” he said.

Though the common man is so far not affected by the high prices, the day is not far when the politician-mining contractor-official nexus could become an Achilles heel for the government.

Where is the supply coming from?

Legal mining is taking place at only 16 quarries of nearly 100 that have been auctioned by the state government in the last 2 years.

Of 52 quarries that were auctioned in May 2017, contractors could not deposit quarterly instalments and withdrew from the contracts on 36 quarries.

The demand for sand remains the same and legal quarries are closed. But there is no shortage of material nor have the prices of sand and gravel gone up.

Therefore, it is clear that illegally extracted sand and mining minerals are catering to the demand.