Train rams into truck at unmanned crossing in Fazilka; 1 dead

FAZILKA: A Fazilka-bound train coming from Ludhiana rammed into a truck loaded with concrete mixture at an unmanned railway crossing on Sunday morning, killing the driver of the train on the spot. 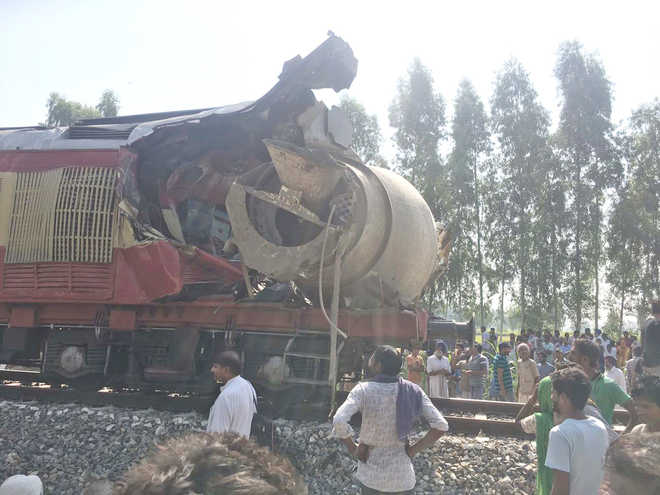 A Fazilka-bound train coming from Ludhiana rammed into a truck loaded with concrete mixture at an unmanned railway crossing on Sunday morning, killing the driver of the train on the spot.

The driver of the train has been identified as Vikas K.P. (30).

All passengers of the train escaped unhurt.

The train (74971) collided with the truck near Bahmniwala village, 25 km from here on Fazilka-Ferozepur rail track.

So strong was the impact of the collision that the truck stuck into the front portion of the engine of the train.

The truck driver fled the scene after the accident.