LONDON: A British-Sikh group lobbying for a separate Sikh ethnicity tick box in the next UK census in 2021 has been granted permission by the UK High Court to present its arguments in court. 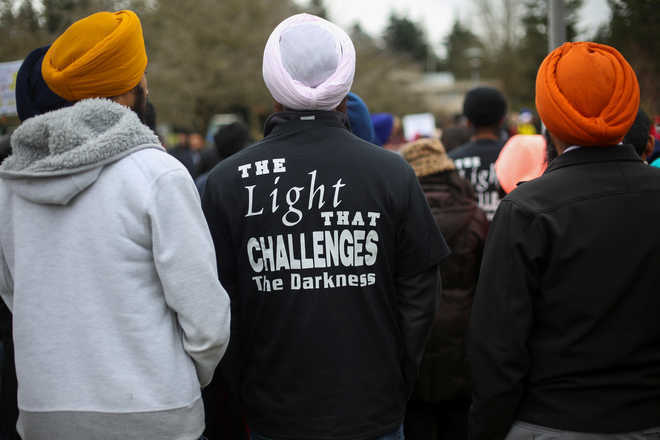 Sikhs are recognised as a separate religion in the optional religious question introduced in the 2001 UK Census.

A British-Sikh group lobbying for a separate Sikh ethnicity tick box in the next UK census in 2021 has been granted permission by the UK High Court to present its arguments in court.

A judge considered the written submissions presented by the Sikh Federation (UK) and the counter arguments of the UK Cabinet Office and granted permission for a judicial review hearing, which is to take place over a day and a half later in the year.

“This decision by Justice Thornton sends a clear message to the Cabinet Office that our claim has legal merit,” said Amrik Singh, the Chair of Sikh Federation UK.

The organisation believes that it would be “unlawful” for the Cabinet Office to lay before Parliament a Census Order based on the proposals set out by the UK’s Office for National Statistics (ONS) in its December 2018 White Paper, which had rejected the need for a separate tick box.

The UK’s Race Relations (Amendment) Act 2000 placed an obligatory duty on the country’s public authorities to monitor and positively promote race equality in the provision of public services.

According to Sikh Federation UK, public bodies tend to only reference the ethnic groups used in the census and demand a separate Sikh ethnic tick box to ensure Sikhs have fair access to all public services. The issue has divided the British Sikh community, triggering a war of words between different groups disputing even a divide over the issue.

“Many Gurdwaras and Sikh organisations would strongly argue the Sikh community is far from divided,” claims Sikh Federation UK, which says it speaks for around 150 Gurdwaras in Britain.

However, groups like the Network of Sikh Organisations (NSO), led by Indian-origin peer Lord Indrajit Singh, believe “fringe” groups are misusing the word ethnicity through such a campaign.

“The NSO is actively engaged in the protection of human rights and religious freedom with the NSO Director (Lord Singh) serving as Vice Chair of the All Party Parliamentary Group (APPG) for International Religious Freedom… They (Sikh Federation UK) are open about their separatist agenda and support for the creation of Khalistan,” the NSO said.

Meanwhile, the Office of National Statistics (ONS), which conducted a detailed consultation ahead of the next UK census, stresses that as the religion question will have a specific Sikh tick box response option, everyone who wishes to identify as Sikh in response to the ethnicity question will be able to do so through a write-in option in the next 10-year census.

“We do not comment on ongoing litigation. However, no group will be missed out in the digital-first 2021 Census,” the ONS said. — PTI

COVID-19 test now must for all with cough, fever, runny nose in hotspots, migrant centres

State has witnessed a spike in number of coronavirus cases i...

Administrator seeks opinion of doctors regarding steps to be...