VAT on natural gas cut to 3%

CHANDIGARH: In a move that will scale up revenue generation significantly and reduce environmental pollution by encouraging industry to shift to natural gas, Capt Amarinder Singh-led Punjab Government on Friday notified reduction in VAT on natural gas, other than the CNG, from 14. 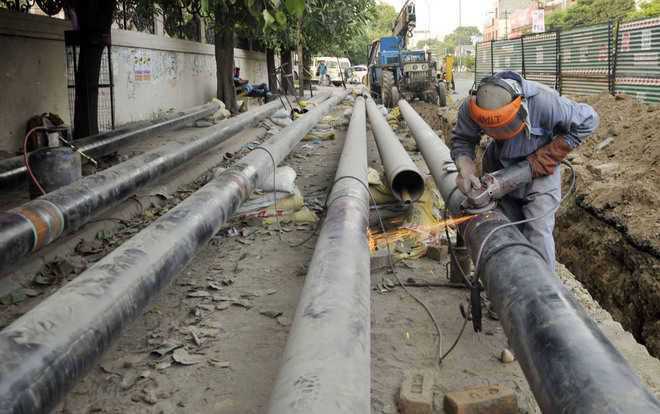 In a move that will scale up revenue generation significantly and reduce environmental pollution by encouraging industry to shift to natural gas, Capt Amarinder Singh-led Punjab Government on Friday notified reduction in VAT on natural gas, other than the CNG, from 14. 3 per cent to 3 per cent.

With this, Punjab has become the state with the lowest VAT on natural gas in the northern region, comprising Haryana, Himachal Pradesh, Rajasthan, Delhi and Chandigarh.

The notification, issued in pursuance of a decision taken earlier by the state government, will incentivise the industrial units in the state to switch over from polluting fuel to the environment-friendly natural gas, thus reducing industrial pollution in the state. Also, with the reduction in the VAT rate, the sale of natural gas is likely to increase substantially, thereby yielding increased revenue, according to an official spokesperson.

At present, the rate of VAT on natural gas is 13 per cent plus 10 per cent surcharge — 14.30 per cent in Punjab. The major consumer of gas is National Fertilisers Limited (NFL), which uses the gas at its plants at Bathinda and Nangal. This decision will also give a boost to many industrial units in Gobindgarh and Ludhiana to replace conventional fuel.

It may be noted that the NFL is purchasing natural gas worth Rs 300 crore per month from Gujarat, on which CST of Rs 45 crore per month at the rate of 15 per cent is being paid to that state.