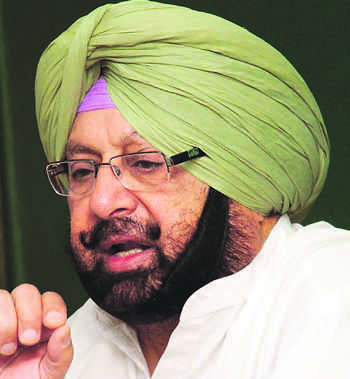 The Chief Minister tweeted his appeal to Imran Khan, saying: “I appeal to @ImranKhanPTI to withdraw $20 fee imposed by @PakGovernment on pilgrims to Kartarpur Sahib to facilitate ‘khulle darshan deedar’ of the final resting place of Guru Nanak. The world Sikh community will be grateful for this gesture on the part of Islamabad.”

In a statement later, Capt Amarinder pointed out that a pilgrimage to the historic gurdwara, which was revered world over as the final resting place of Guru Nanak, was the fulfillment of a cherished dream for the entire Sikh community. The imposition of the fee as well as other conditions like a mandatory passport and 30-day prior online notice by the devotees would obstruct the realisation of the dream of the pilgrims, many of whom were poor men and women who could not afford such fee and also had no access to the internet, said the CM.

“Let these people not be deprived of this opportunity for the darshan of the historic gurdwara. The corridor is meant to provide free access to the pilgrims, but difficult pre-conditions would defeat this objective,” he added.