MUMBAI: Snapshots of Deepika Padukone leaving a filmmaker''s office with Ranbir Kapoor last night have sparked off speculations if the two stars are all set to reunite on the screen. 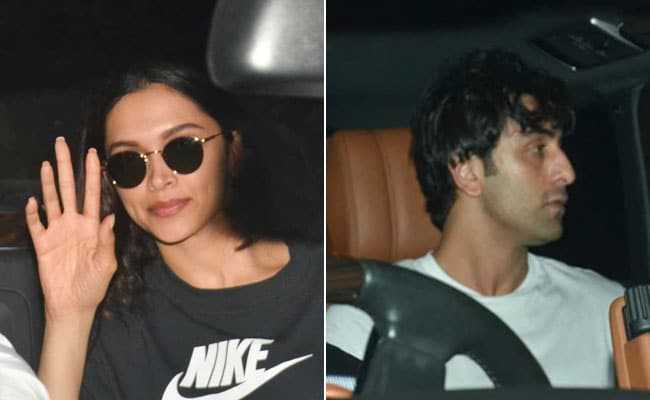 Snapshots of Deepika Padukone leaving a filmmaker's office with Ranbir Kapoor last night have sparked off speculations if the two stars are all set to reunite on the screen.

Ranbir and Deepika, who were in a relationship for some time, turned heads with their on-screen chemistry in ‘Tamasha’, ‘Yeh Jawaani Hai Deewani’ and ‘Bachna Ae Haseeno’. On Friday night, they were photographed leaving Luv Ranjan's office in Mumbai.

The images, posted by a couple of Mumbai-based photographers, threw fans into a tizzy, making them wonder if the two stars will co-star in Ranjan's next project.

In fact, one image where Ranbir is seen hugging Ranjan, hints that the meeting went well.

Last year, it was announced that Ranbir will be seen in Ranjan's untitled film, which would also star Ajay Devgn. It is not clear if the meeting was for the same project.

In the photographs, Ranbir is spotted in a white T-shirt, while Deepika looks casual yet stylish in black with matching shades.

Meanwhile, many on social media expressed displeasure over the idea of Deepika working with Ranjan. A hashtag #NotMyDeepika has been pointing at sexual misconduct allegations that emerged against the filmmaker last year.

Ranjan had denied the charge saying he has never misbehaved with a woman. — IANS