Restrictions lifted from most parts of Kashmir; private vehicles on roads

SRINAGAR: Restrictions were lifted from most parts of Kashmir on Wednesday and some areas in Srinagar city witnessed an increased presence of private transport leading to traffic jams but schools remained closed and public transport was off the roads, officials said. 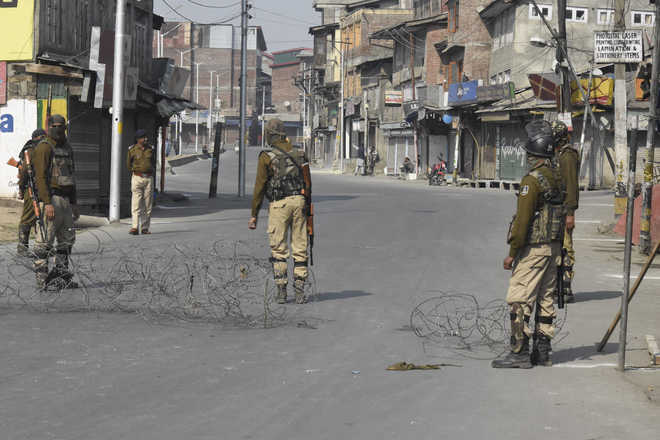 Restrictions were lifted from most parts of Kashmir on Wednesday and some areas in Srinagar city witnessed an increased presence of private transport leading to traffic jams but schools remained closed and public transport was off the roads, officials said.

The city witnessed increased movement of private vehicles on Wednesday leading to traffic jams at several places on the Karan Nagar-Batamaloo-Lal Chowk-Dalgate axis, the officials said.

They said a few auto-rickshaws and inter-district cabs were also seen plying in some areas of the city.

The officials said restrictions had been lifted from most areas of the Valley, but security forces continued to be deployed to maintain law and order.

Markets and other business establishments remained closed, while public transport was off the roads across the Valley, the officials said. PTI